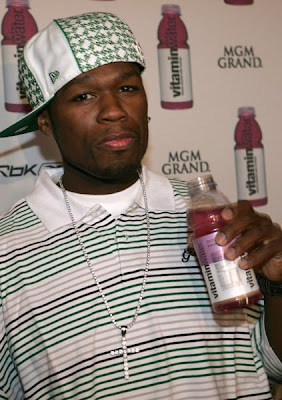 Washington Post's Dan Charnas gets into the myth of 50 Cent's Vitaminwater investment/partnership that was originally believed to have earned the rapper $400-500 million. Charnas concedes at the end of the article that it was more like $60-100 million, but still makes for a good story.
Washington Post - How 50 Cent scored a half-billion
"It may well have been the biggest deal in hip-hop history, propelling 50 Cent's personal net worth toward a half-billion dollars."
"50 Cent would take a stake in the privately owned company, one that would graduate over time and escalate if the company hit certain numbers. The two entities - 50 Cent on one hand and Glaceau on the other - signed an agreement of mutual confidentiality. Still, word got around that Lighty had negotiated something close to, but not more than, 10 percent of the value of the company."
"In May 2007, the Coca-Cola Company purchased Glaceau for $4.1 billion."

"During these discussions, Lighty and 50 deliberated the attributes of their new product. Oza presented the pair with several flavor options for Formula 50. For Chris Lighty, the choice was simple. Despite the high-minded science of Glaceau, their product was basically a smarter, more upscale, more aspirational version of the ultimate ghetto beverage on which Lighty and 50 had grown up: the "quarter-waters" sold in every bodega, deli and convenience store from Queens to Compton.

The quarter-waters (so named because they once cost 25 cents) were just like the Kool-Aid everybody drank at home. But nobody drank wild flavors like strawberry and kiwi in the 'hood. They drank grape. Formula 50 had to be grape."
Posted by Eric at 6:55 AM No comments:


New York Times - "Seattle Cheers Jake Locker as He Ends Husky Career"
"They say Jake Locker was carved to athletic perfection between the Cascade Range and the Salish Sea. Big, strong and strikingly fast, he was a statewide myth by the time he was a teenager, a high school football force scorching through Friday nights in the farthest reaches of the Pacific Northwest.

By the time he became the quarterback for the University of Washington, he was cast here as nothing less than a savior, a rural kid summoned to the digital city from a place few of his new fans could find on a map, Ferndale, Wash., population 11,000. His father taped drywall for a living. His grandfather worked in a pulp mill for 37 years. Neither of them graduated from college, but Jake would stir the rescue fantasies of an ambitious university and what the Census Bureau has called the nation’s best-educated city.

Seattle is more than generous billionaires and precision composting. It exports airplanes and wine but also wheat and wood. It is still a crossroads, energized by friction between rural and urban, union machinist and transplant techie, immigrant and entrenched. Not far from the rows of bungalows beloved by carbon-conscious New Urbanists, Aurora Avenue, a critical city artery, features stunning views of Mount Rainier — and boarded-up motels.

Yet in the center of it all there has long been a uniting force, the home team. Before the Seahawks or the Mariners or the Sounders soccer team, before Microsoft or Boeing, before the Klondike gold rush or even statehood, there was the University of Washington, founded as the Territorial University of Washington 150 years ago next fall with a single professor and 30 students."
Posted by Eric at 6:38 AM No comments:

National Geographic's $10,000 Best Photograph of the Year contest was awarded to Lim Boom Teck of Singapore for the above photo of Indonesia’s Gunung Rinjani volcano eruption.
NPR - The Best Photograph in Nat Geo's Contest
Below are the category winners for "Places" and"People." 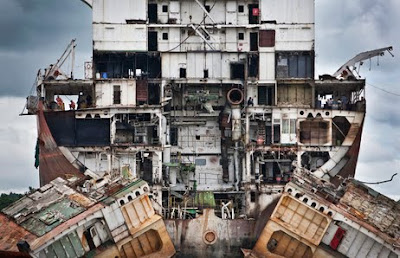 "Chittagong in Bangladesh is the second biggest ship breaking yard in the world, it is a graveyard where ships are taken in from all around the world for their last voyage, to be taken apart." 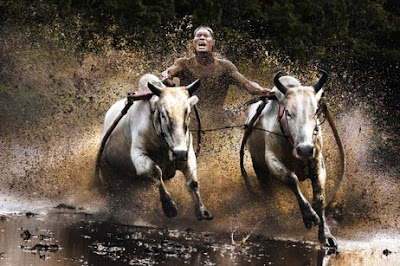 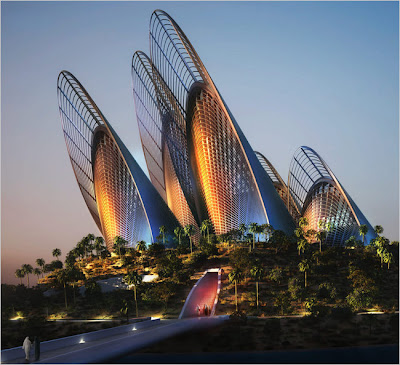 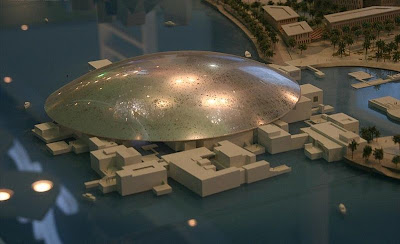 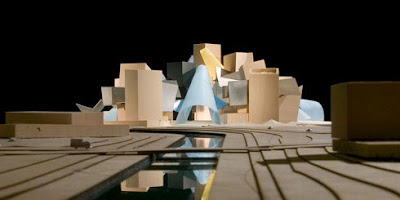 Water for Elephants, The Tree of Life

Above, is the trailer for the upcoming film adaptation of the best-selling novel Water for Elephants. Starring Christopher Waltz (Inlgorious Basterds), Reese Witherspoon, Robert Pattison and Hal Holbrook, the film is scheduled to be released April 11, 2011.
Below is the trailer for Terrence Malick's long-delayed film, The Tree of Life, starring Brad Pitt and Sean Penn. Scheduled to be released May 27, 2011.
Posted by Eric at 7:59 AM No comments: 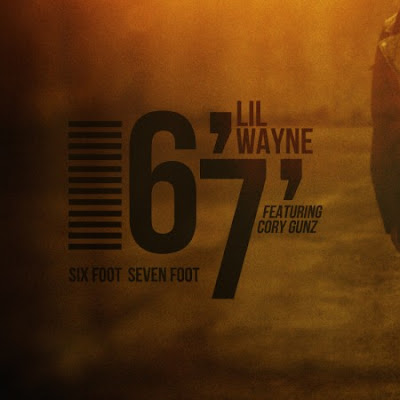 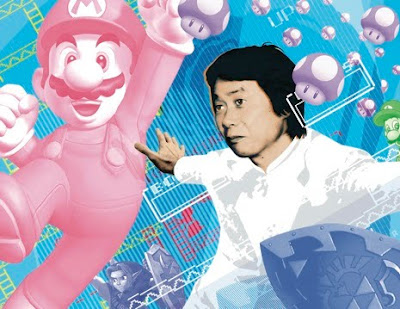 28 years old. Building costs $2 million under budget ($68 milllion back in '79-'82). One of the loudest domed venues. The only venue to host an MLB All-Star Game, a Super Bowl, an NCAA Final Four and a World Series.
Just some of the many things you can learn on Wikipedia.
Posted by Eric at 11:40 PM No comments: 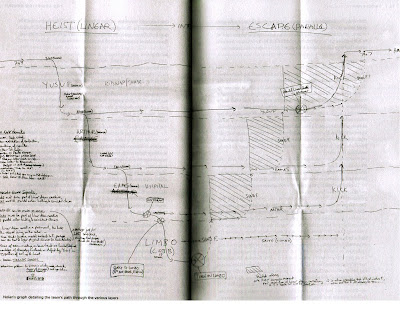 Inception dream map drawn by writer/director Christopher Nolan.
Too complicated to really spoil the movie for anyone who hasn't seen it yet.
Posted by Eric at 11:24 PM 2 comments:

Look pretty awesome. A new area of the world, the Mid East, gets to host the big games. 120 degree summers will be regulated by air conditioned stadiums.
My personal favorite, Doha Port. 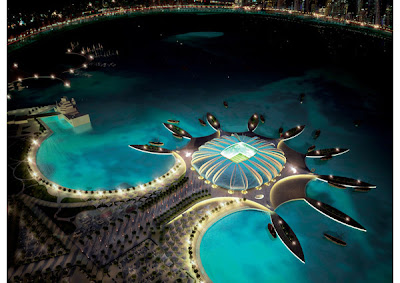 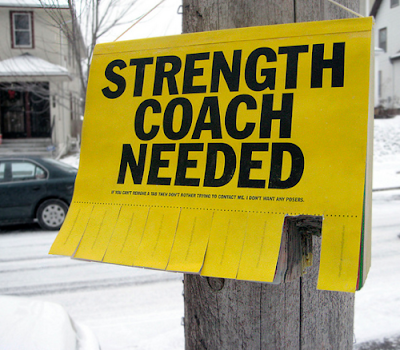 Inspire Me Now
Posted by Eric at 8:16 PM No comments: 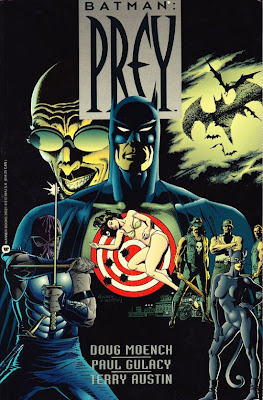 Jon Favreau (Iron Man & 2)'s upcoming 'Cowboys & Aliens' is having a tough time genre-lizing itself. The movie, starring Harrison Ford and Daniel Craig and based on a graphic novel, was intended to be “by-the-book, right-down-the-middle western” of the kind once made by Sergio Leone and John Ford, with really scary science fiction, like “Alien” or “Predator;” however, as the below New York Times story describes audiences are laughing.
New York Times - 'Cowboys & Aliens' - You Mean It's Not a Comedy?
Posted by Eric at 7:59 AM No comments: 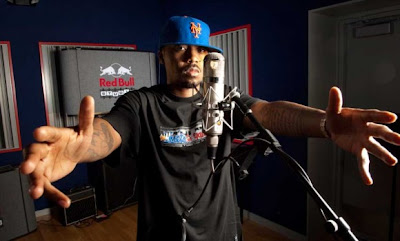