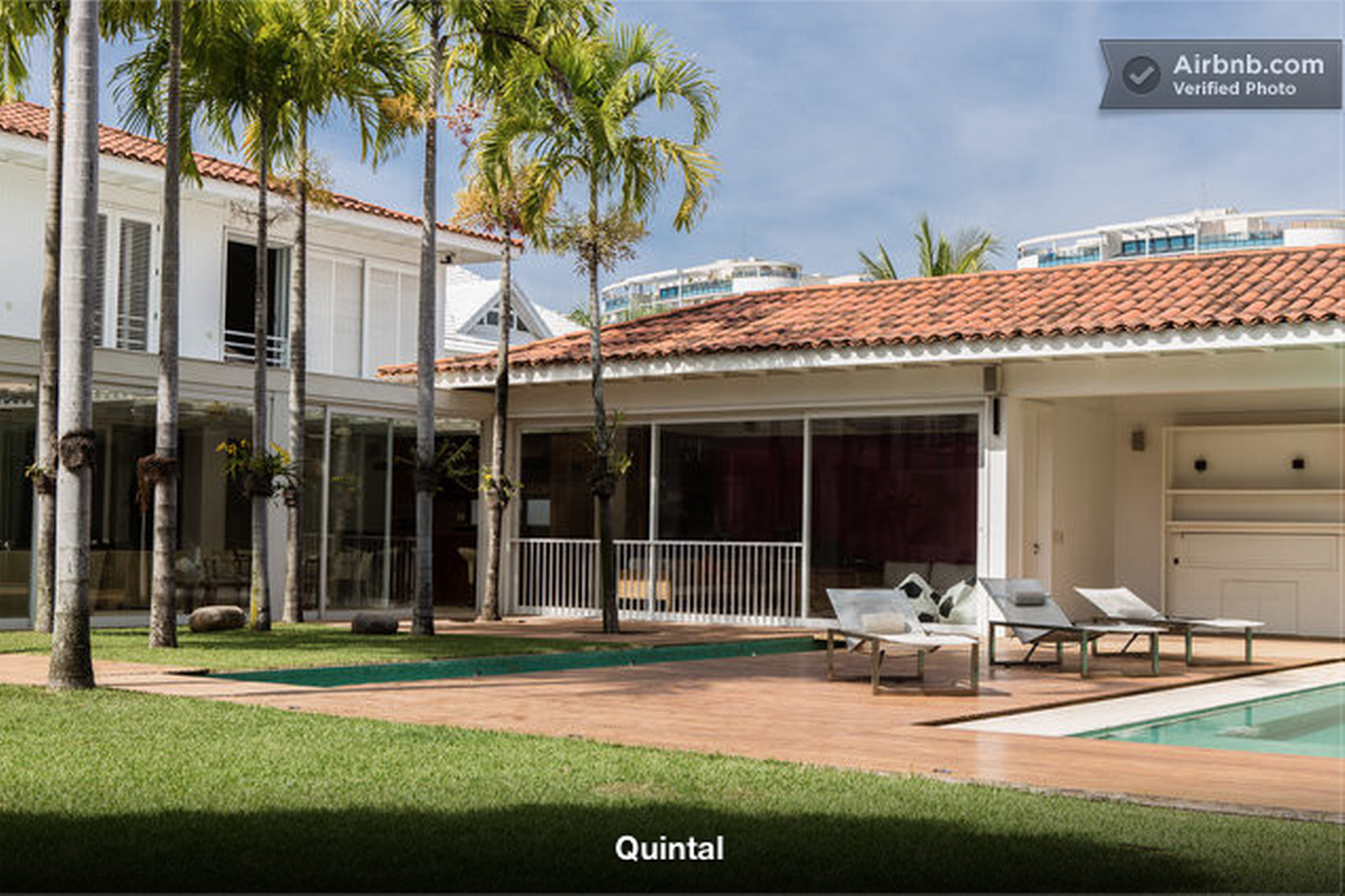 "25 most murderous directors by on-screen deaths" 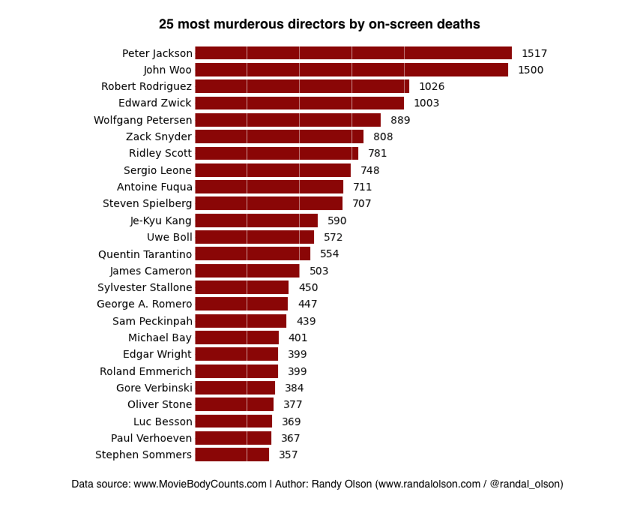 Fast Company - "You Probably Won't Guess Which Film Directors Have the Highest Body Counts"
Posted by Eric at 7:18 PM No comments:

ESPN - "Portrait of a Serial Winner"
By Wright Thompson
Posted by Eric at 8:06 PM No comments:

Countdown to the Copa del Mundo - Men in Blazers Predictions 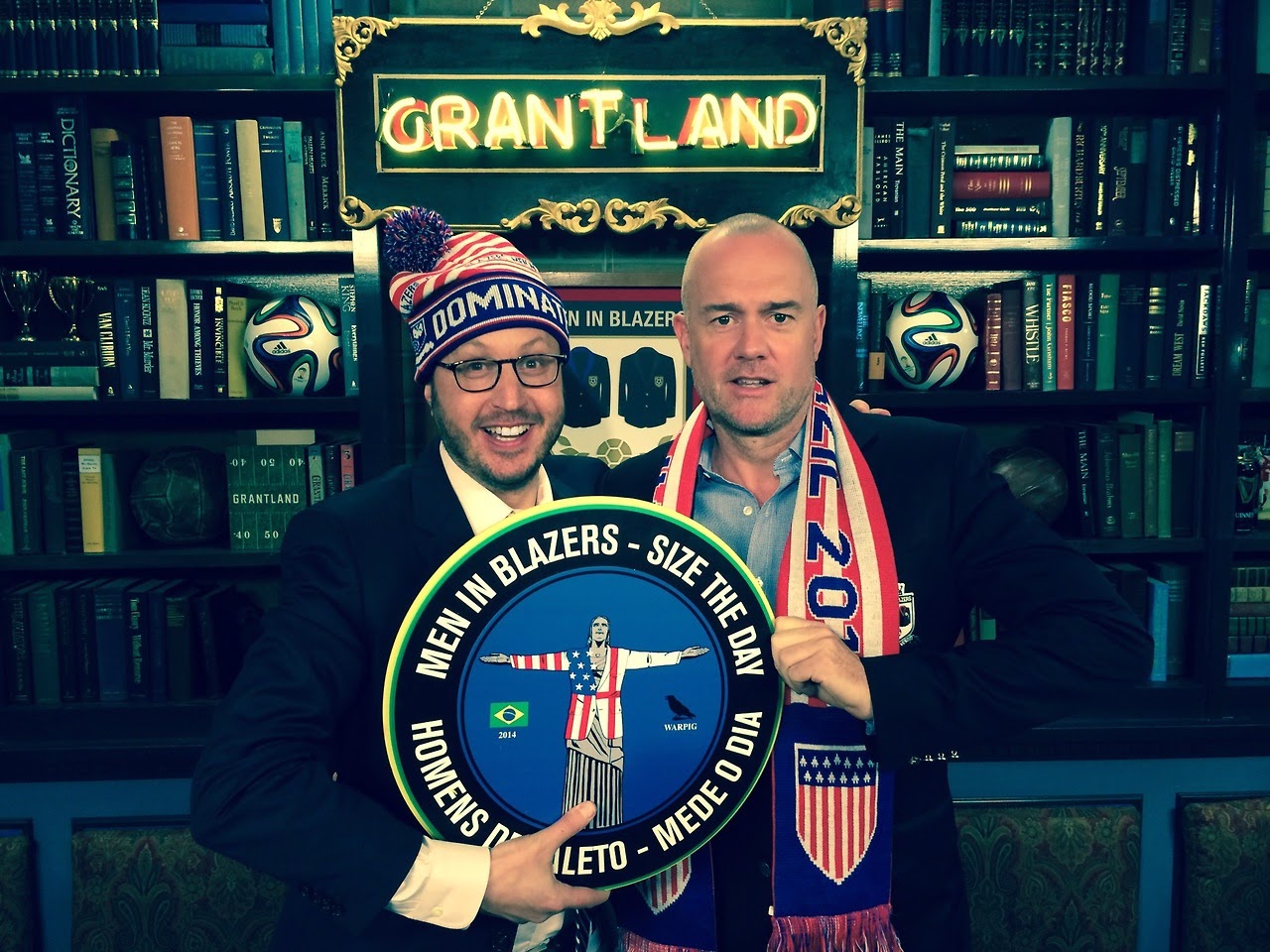 The Men in Blazers, Roger Bennett and Michael Davies, have been doing a running video preview of the World Cup for Grantland. Here's their nonlinear predictions: 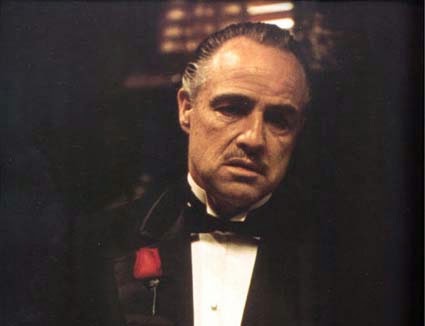 - Don Vito Corleone, The Godfather
Posted by Eric at 11:02 PM No comments: 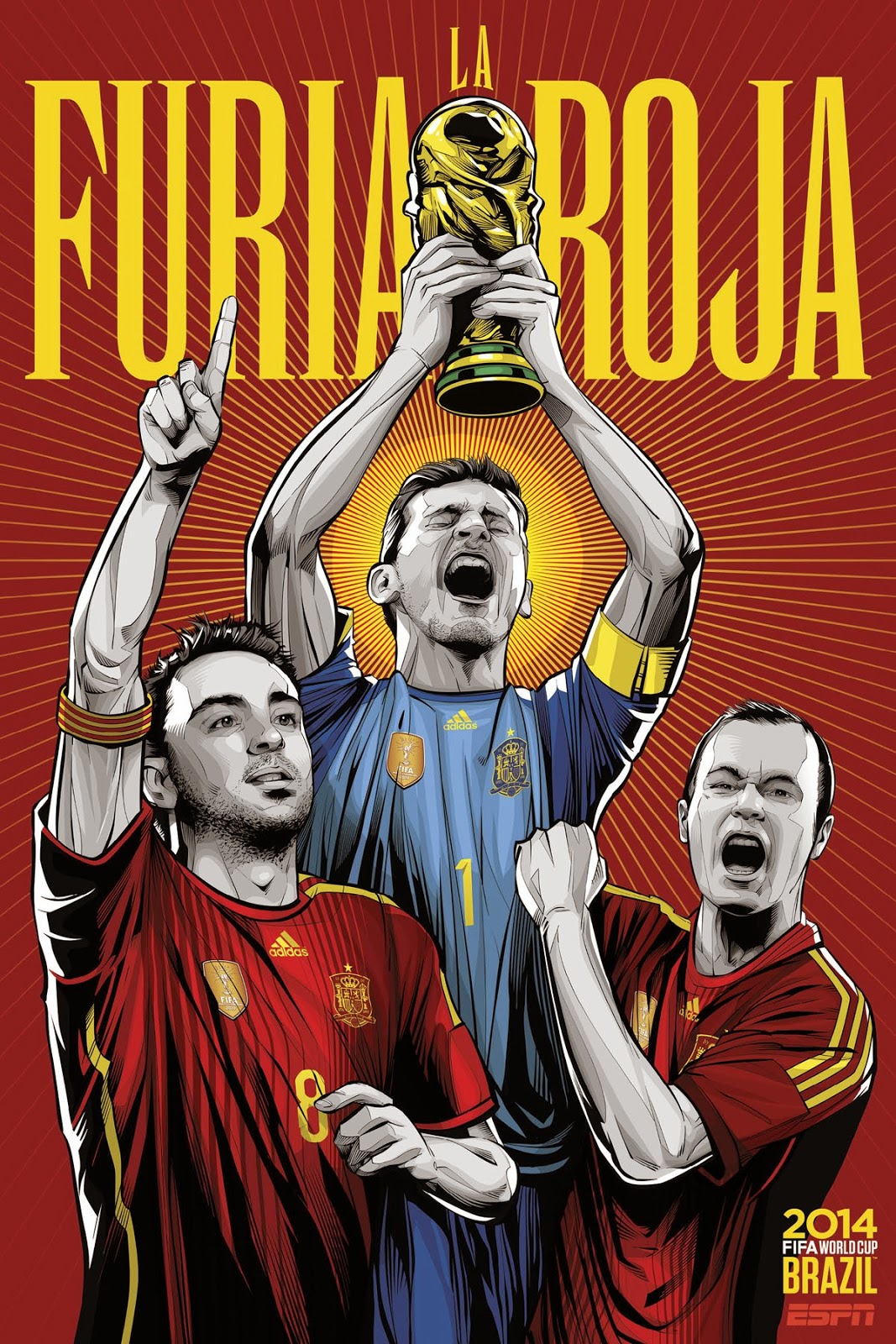 "The posters were made by Brazilian artist Cristiano Siqueira. They feature the star players from each country, as well as the team's nickname. There will eventually be posters for all 32 teams." 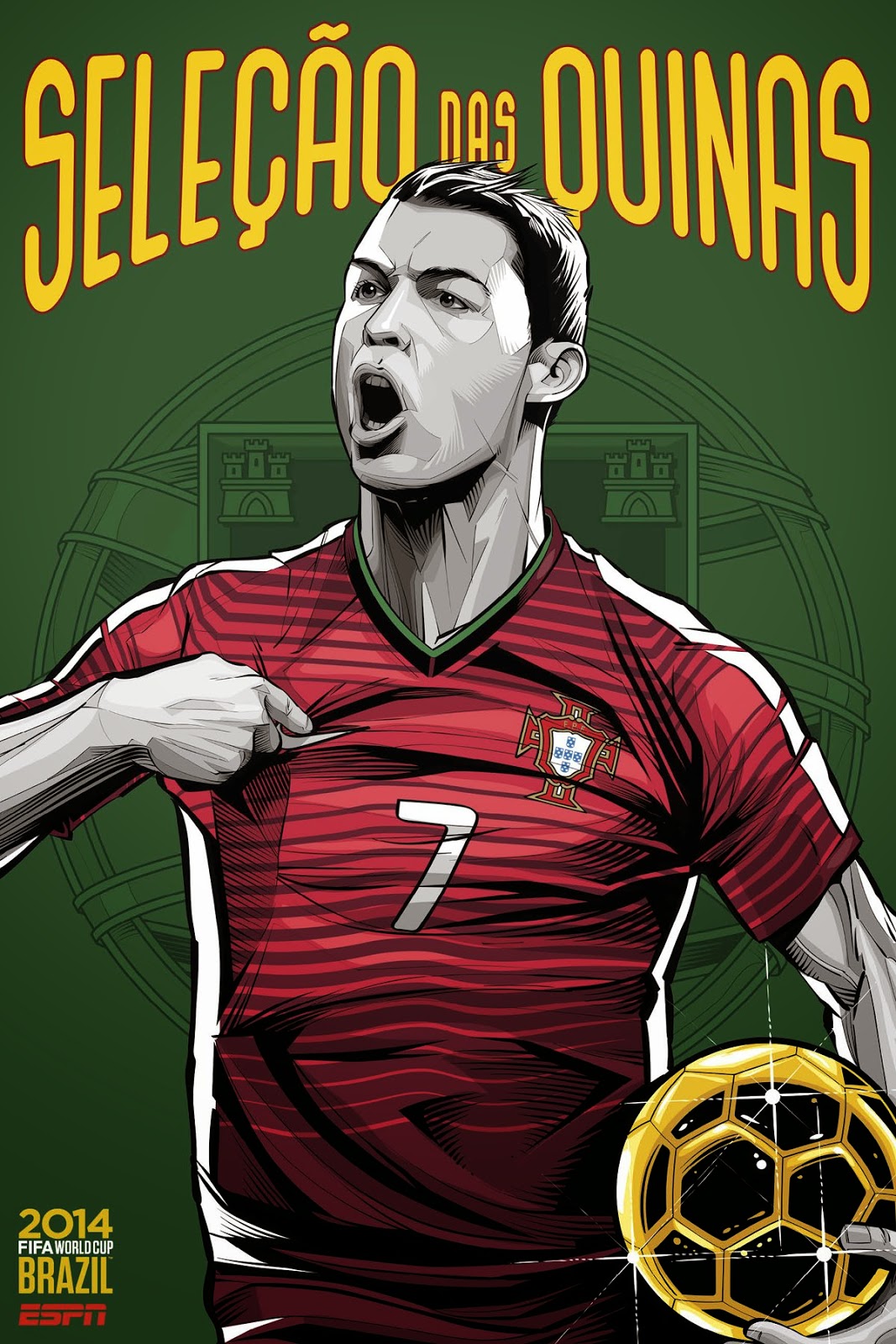 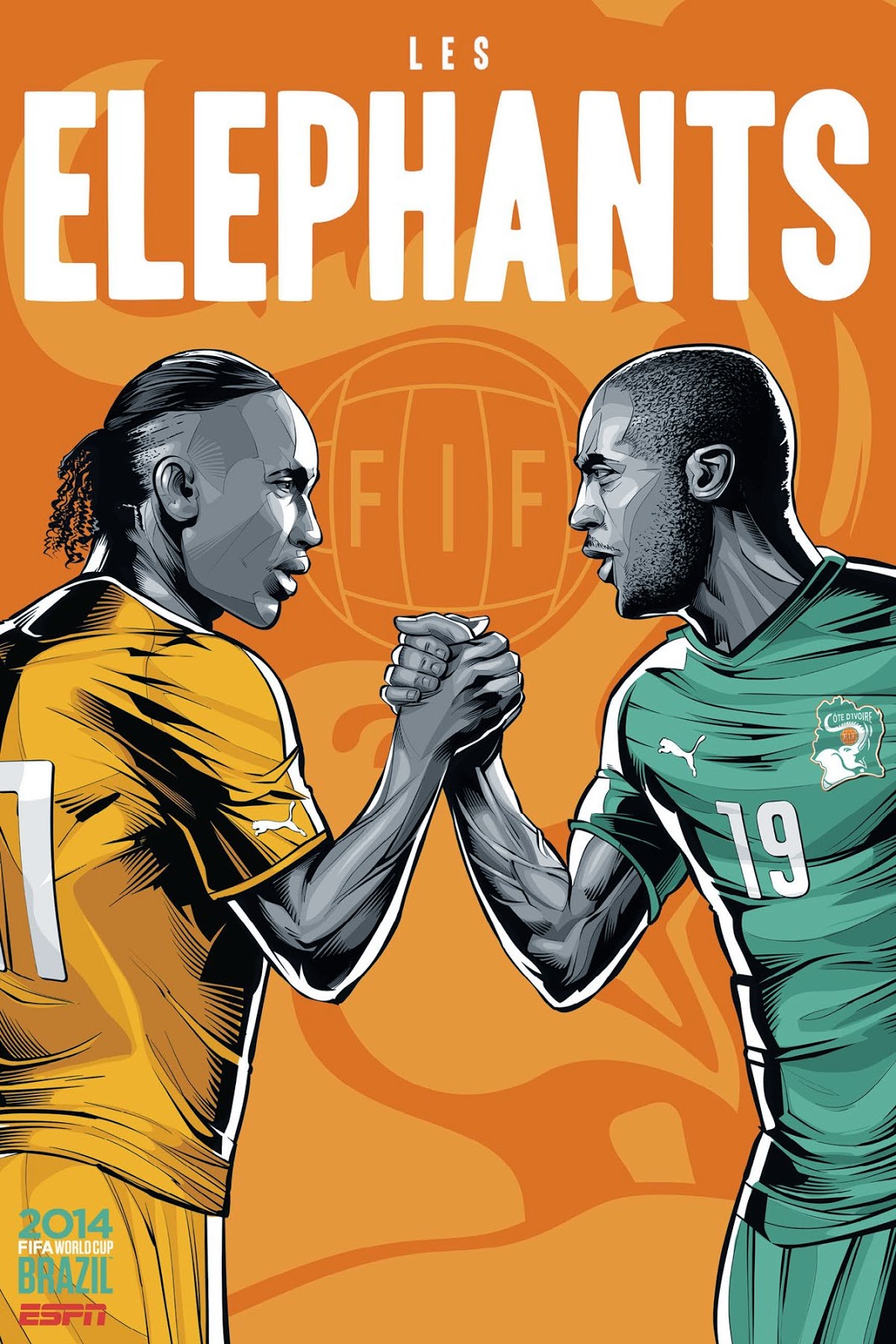 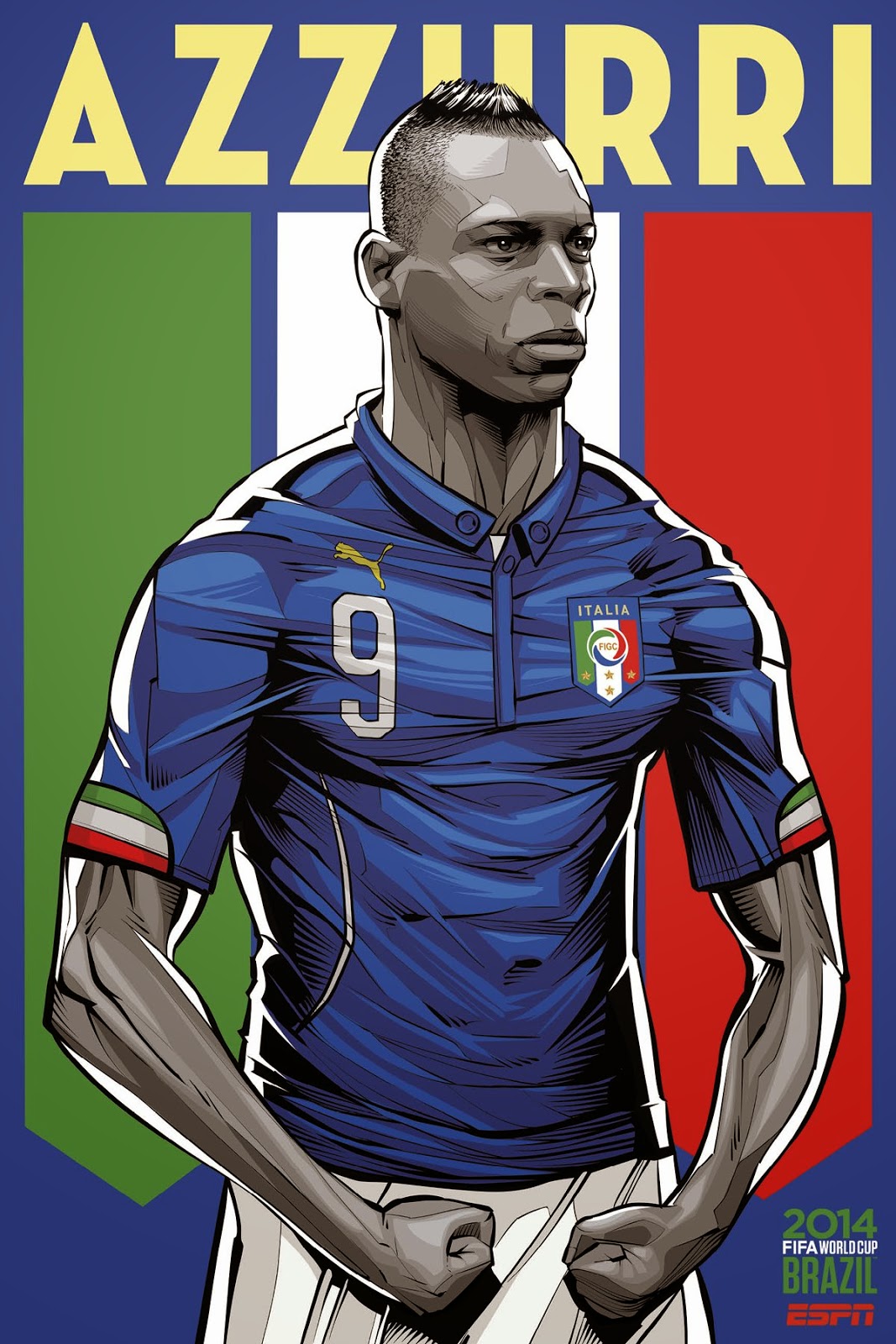 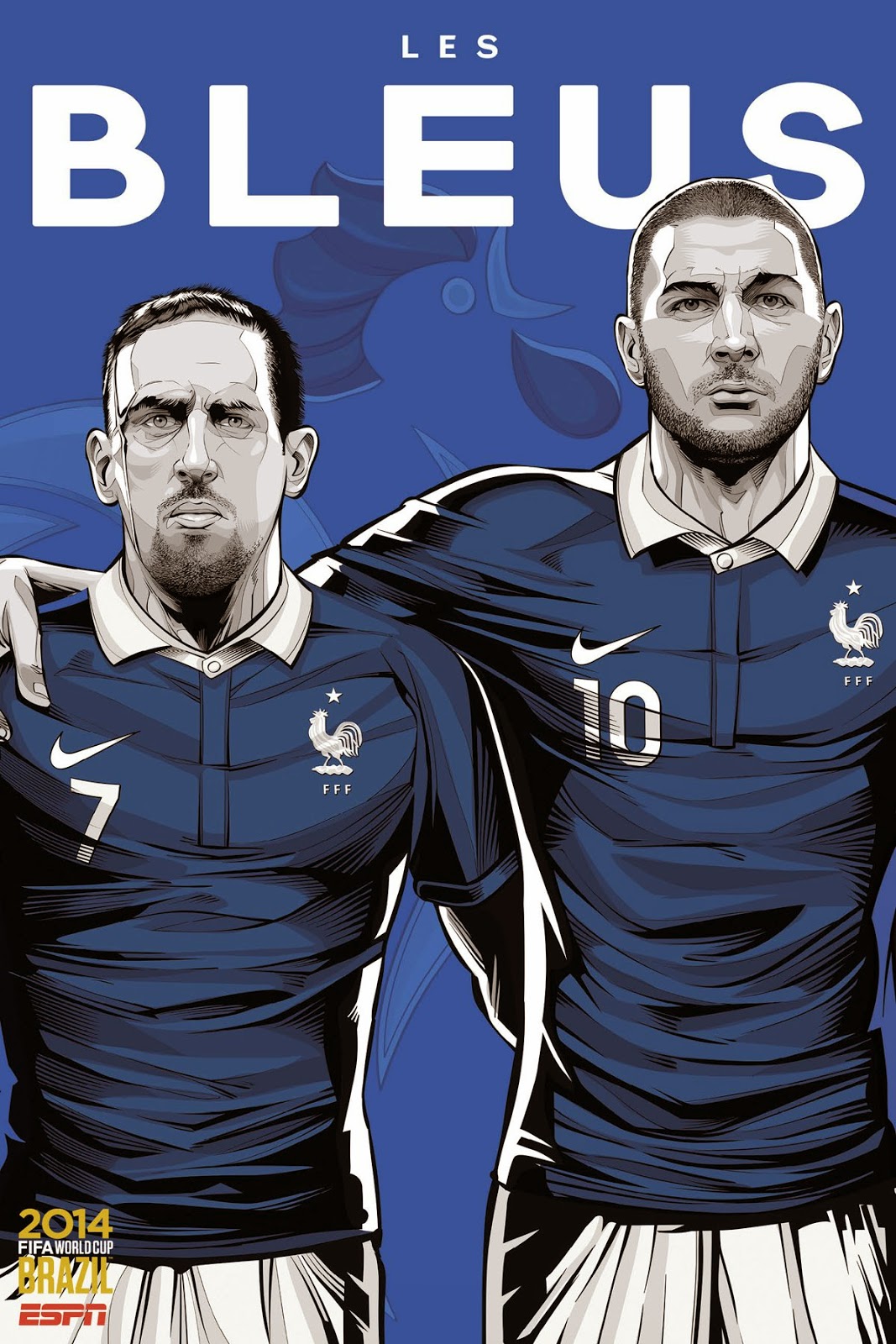 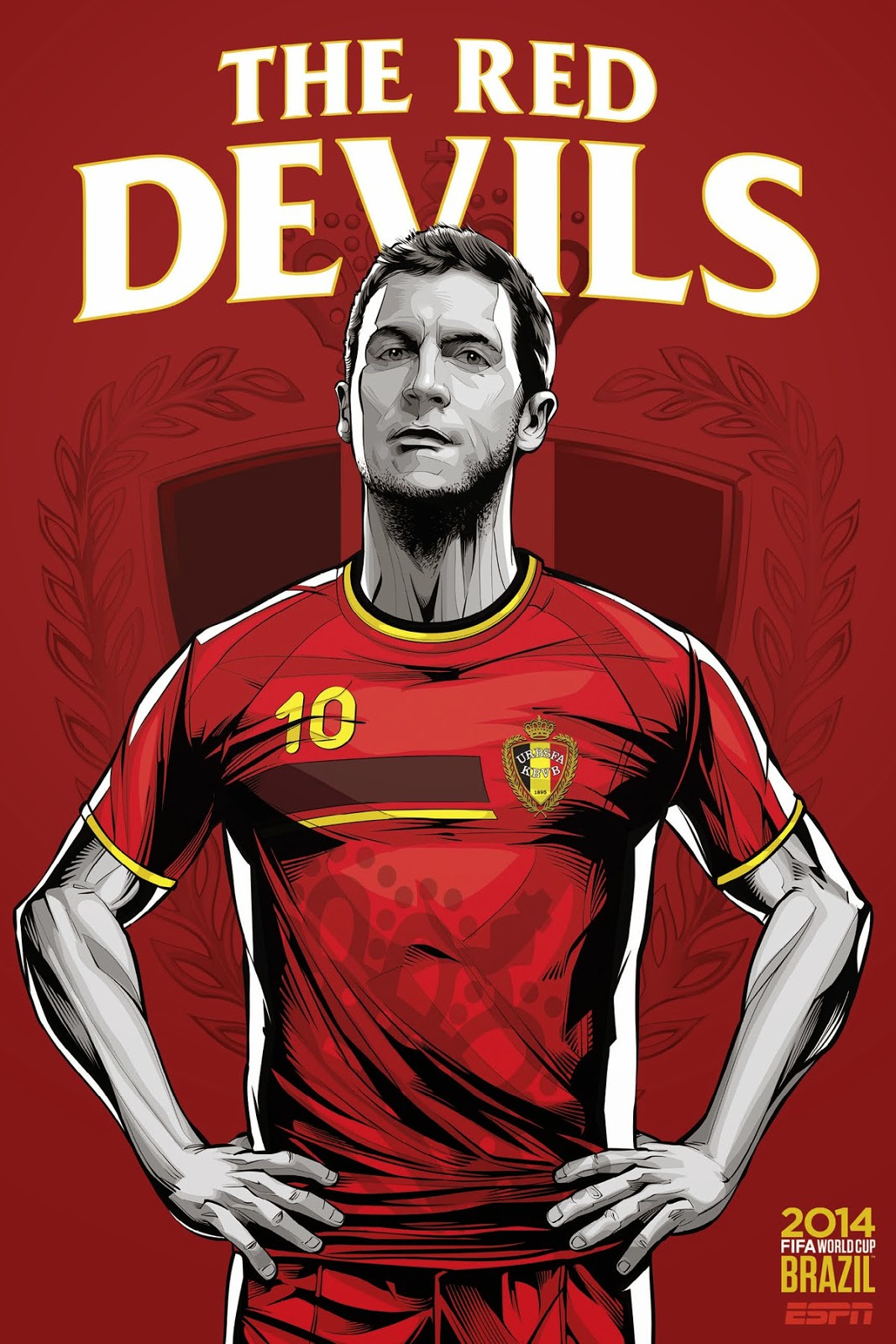 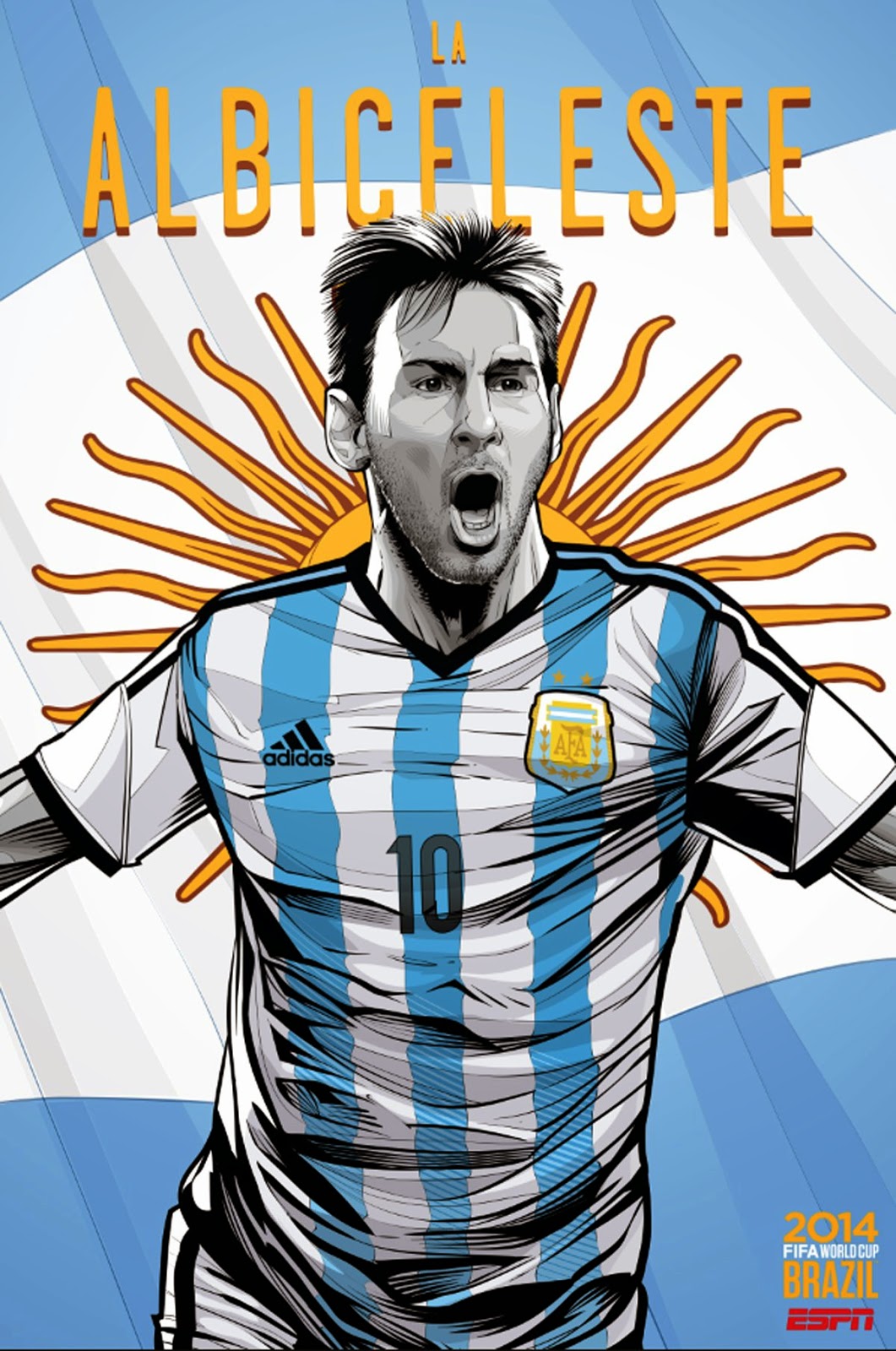 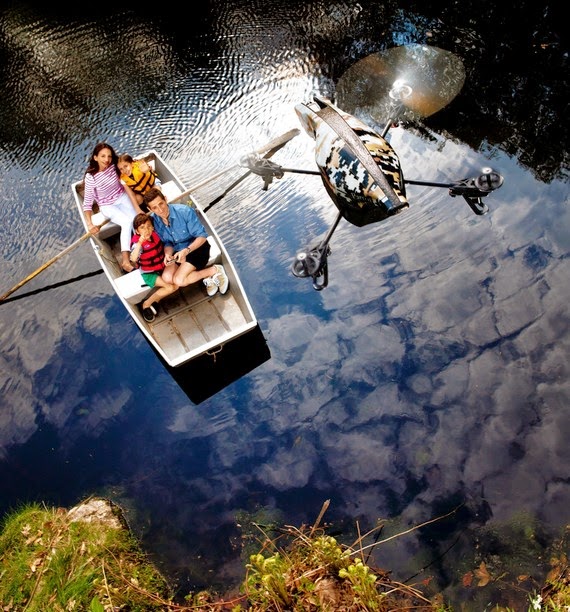 "This spring break, I swapped out my regular camera for flying photo drones. These remote-control aerial vehicles are floating tripods that let you take pictures and videos from overhead. For as little as $300, you can buy a device, no larger than a Panama hat, that hovers and swoops through the air at the flick of a finger. I took mine on trips to Joshua Tree and California wine country, and deployed them for group photos at the beach.

Flying a drone isn't just exhilarating; it also fundamentally changed how I think about photography. It is hard to get excited about vintage filters on Instagram after shooting a drone selfie (call it a "dronie") or panning hillside Napa vineyards at sunrise. A drone allows you to move a camera in ways that might otherwise require a helicopter and a Michael Bay budget. In the harsh desert landscape of Joshua Tree, we climbed atop towering boulders and then had the drone shoot a video that panned up from the ground. The footage made it look as though we had scaled a Martian mountain—and it put ordinary vacation movies to shame. Eat your heart out, National Geographic."
Posted by Eric at 1:11 PM No comments:

Kara Walker - "A Subtlety or the Marvelous Sugar Baby" 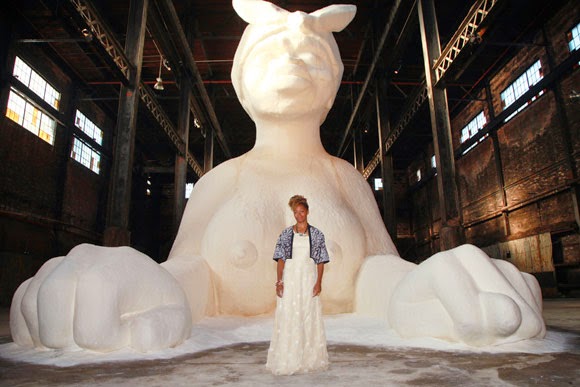 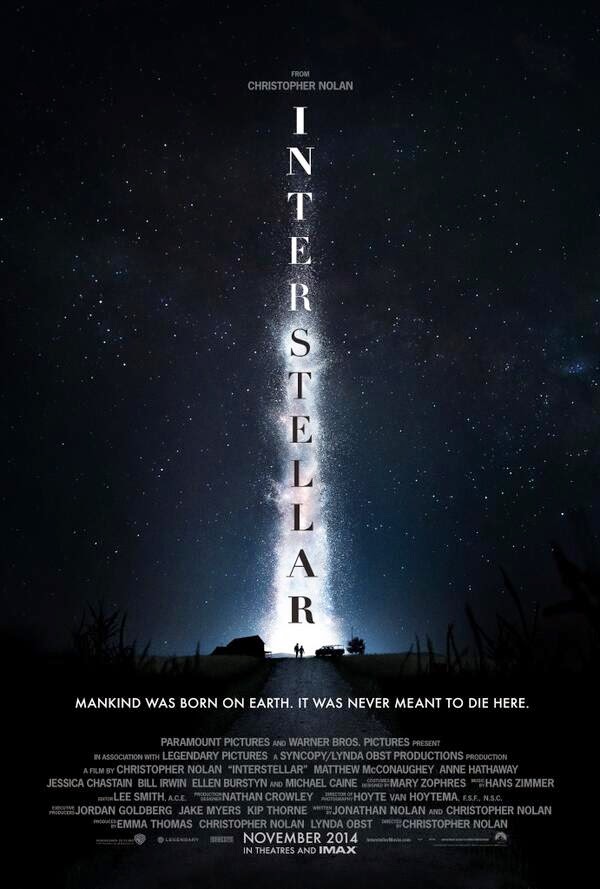 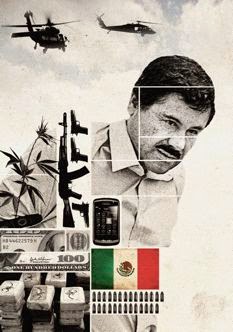 Meanwhile, Chapo ran through the sewers, like Harry Lime in “The Third Man.” The tunnel forked, and at one juncture the marines were momentarily flummoxed, unable to tell which path he had taken. Then they spotted a tactical vest on the ground—Guzmán or the bodyguard must have shed it—and charged onward in that direction. Eventually, the marines emerged at a storm drain by the banks of a muddy river, more than a mile from the point where Guzmán had entered the tunnel. Once again, he had vanished."
Posted by Eric at 8:52 AM No comments: 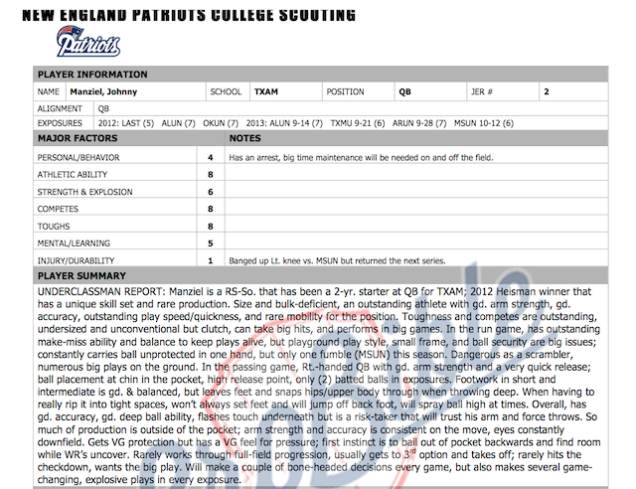 "arrogant and full of himself, but he's not smug to coaches. Has been like this since Day 1, has never gone to class, goes to beat of own drum, but has ultimate confidence. Loves the spotlight, football is his release, big games don't scare him. Has size 15 feet and freakishly big hands. Will drink, but no one I spoke with think he's a smoker. Teammates don't dislike him, but there's some resentment, more so in the offseason when he isn't coming to workouts and they are busting their butt. Loner, doesn't hang out with the guys, but very close with WR Mike Evans. Already has money, is used to spotlight, has already been exposed to NFL-level fame. Will never take football seriously enough for our coaching staff, he'll hate meetings, will have to drag him to work out, etc. The definition of the word maintenance. CONCERNS: Maturity, passion for preparation, high-maintenance, work ethic"
Posted by Eric at 8:46 AM No comments: 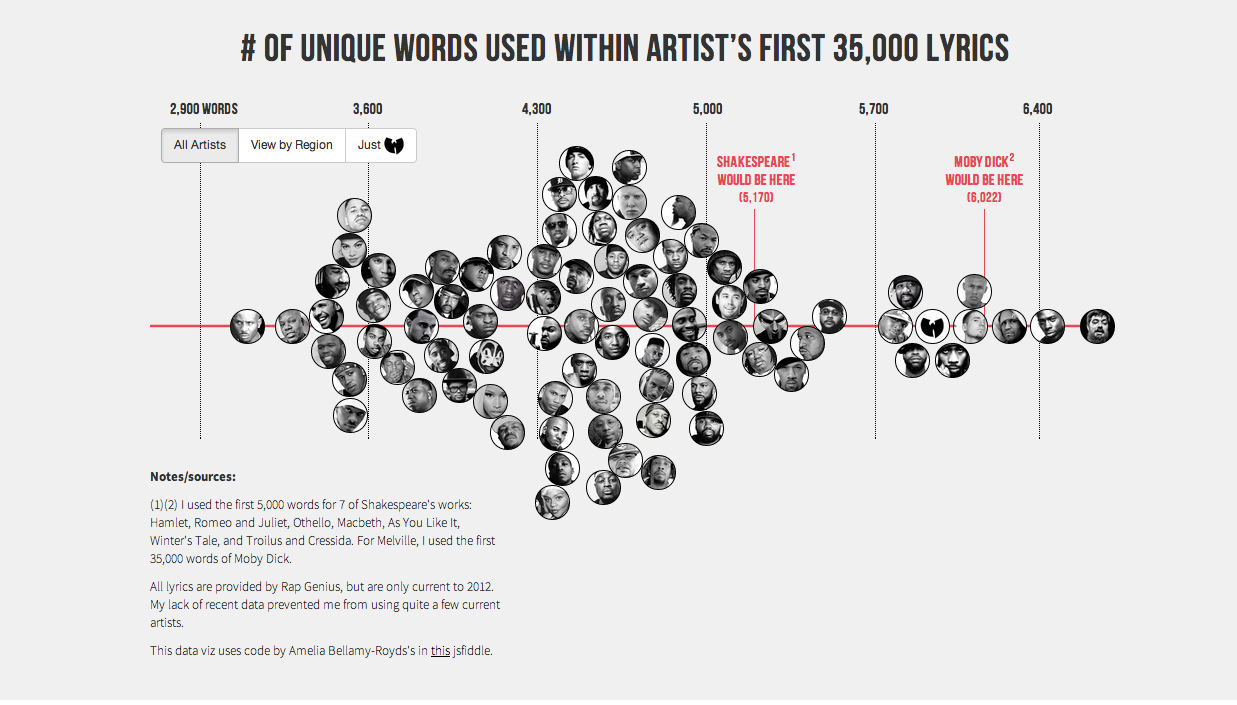 View the interactive graphic.
Posted by Eric at 8:39 AM No comments: 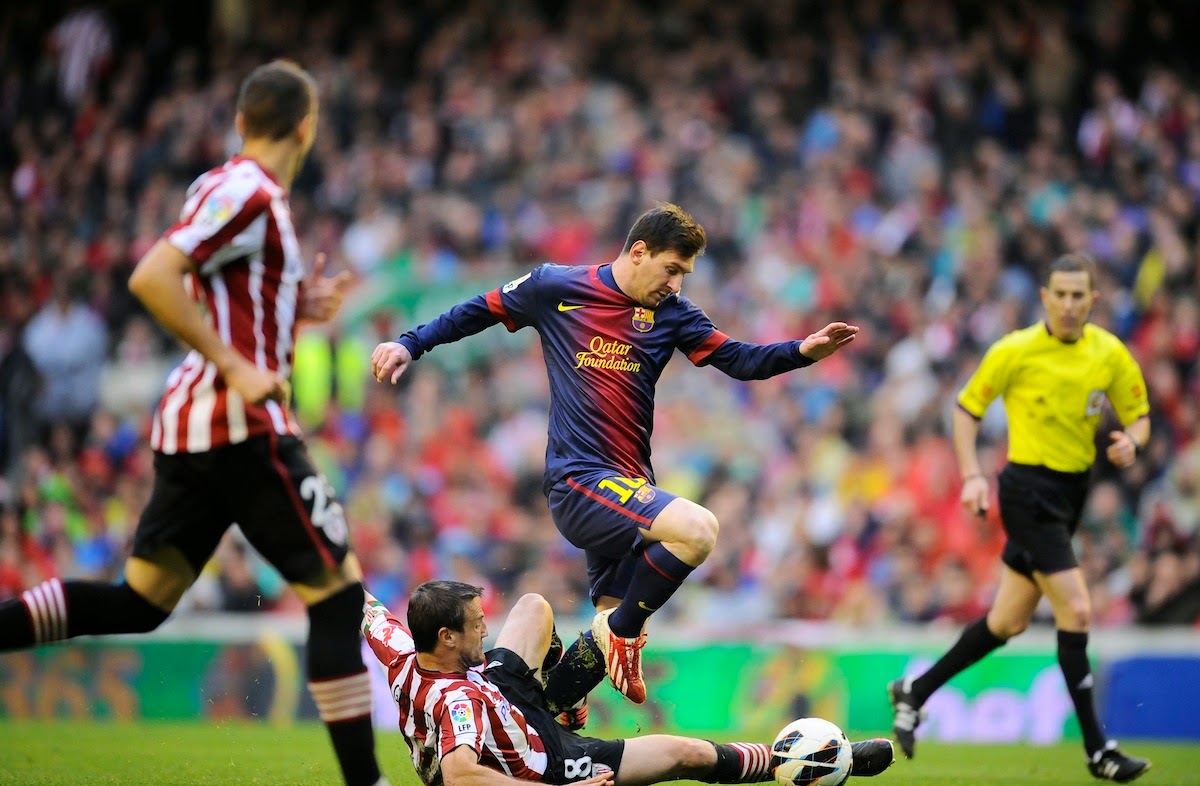 Ivan, his host, has received nine secrets from the Virgin that he has never shared. He says he sees Mary every day. She has rosy cheeks, blue eyes and an oval face. She wears a gray dress. Most people come to have their mind, body or spirit healed. The visionary wouldn't reveal the reason for Messi's pilgrimage, so we're left to wonder. What is broken inside Messi that he wanted to fix? What can't he buy with his millions or his fame? Of course, it's possible he just thought it might be a cool scene to check out. Maybe the visionary made up the whole thing. Maybe the paper did, or papers, plural, since the news appeared in multiple places, in multiple languages. Maybe we believe it because we want there to be unseen layers of Messi. We want there to be an explanation for his miracles even if we never hear the explanation ourselves. Just knowing it exists would be enough. That's certainly why I was in Rosario, driving around, knocking on doors."
Posted by Eric at 5:43 PM No comments:

Deadspin - "The Most Brilliant Thing You'll Hear All Day"
Posted by Eric at 5:54 PM No comments: