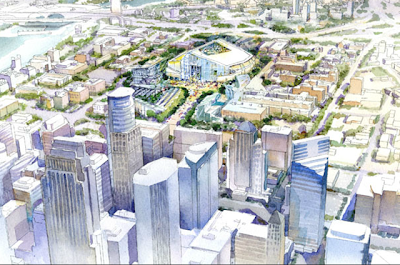 The Minnesota Vikings selected Dallas architecture firm HKS Inc. to design their new $975 billion stadium scheduled to break ground the summer of 2013 and open in 2016.

HKS Inc., who will be paid $34 million for this job, designed Cowboys Stadium and the Indianapolis Colts' Lucas Oil Stadium. (both have retractable roofs)

HKS Inc.'s winning bid came with these sketches and preliminary schematics; however, they are not the finished designs. The build design won't be decided or revealed until the beginning of 2013. It's yet to be seen if there will be a retractable roof. 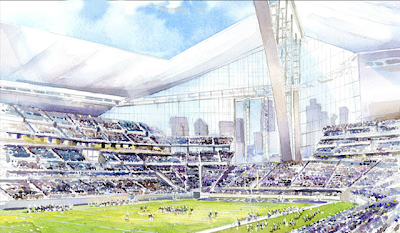 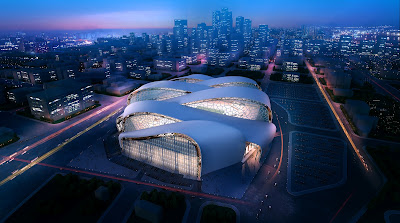