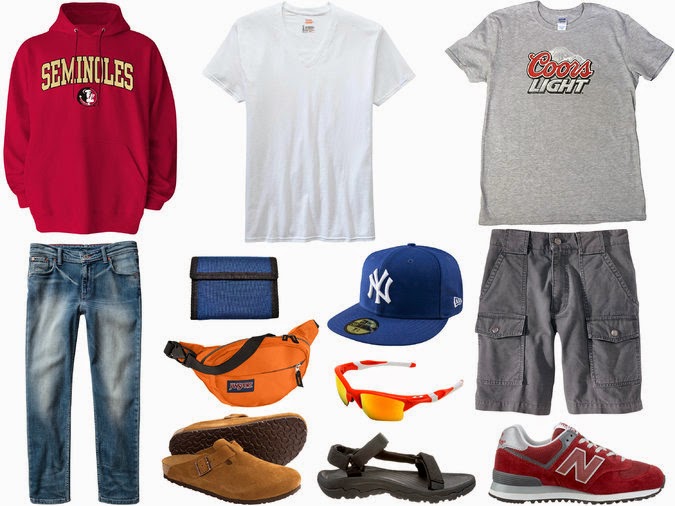 2. A sociocultural concept, c. 2013, having nothing to do with fashion, that concerns hipster types learning to get over themselves, sometimes even enough to enjoy mainstream pleasures like football along with the rest of the crowd.
...
A little more than a month ago, the word “normcore” spread like a brush fire across the fashionable corners of the Internet, giving name to a supposed style trend... As widely interpreted, normcore was mall chic for people — mostly the downtown/Brooklyn creative crowd — who would not be caught dead in a shopping mall. Forget Martin Van Buren mutton chops; the way to stand out on the streets of Bushwick in 2014, apparently, is in a pair of Gap cargo shorts, a Coors Light T-shirt and a Nike golf hat."

"Normcore is the eyes of the Mona Lisa. This is the new world order of blankness. You can no longer return a dead stare or fall into the Gap, now you have to respond appropriately, meet every situation head on. (This is why it's Normcore to be Mass Indie in Williamsburg.) Normcore capitalizes on the possibility of misinterpretation as an opportunity for connection - not as a threat to authenticity."
Posted by Eric at 11:41 AM