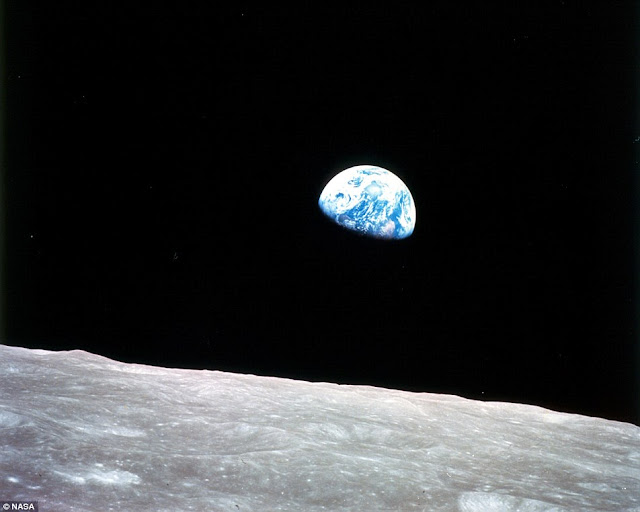 The Atlantic - "Did Donald Trump Just Make the Planet Hotter?"
By Robinson Meyer

"The politics of climate change requires constantly comparing the very small and the very massive.

On the one hand, the carbon-dioxide molecule: three atoms, bound together by electromagnetism, that in sufficient quantities can reflect heat energy back to its source. On the other, the whole planet, our island in the sky, Earth: a medium-sized rock orbiting a medium-sized star, veiled in a thin layer of gas that determines when it rains, when it snows, whether it is a good home."

"If solar and wind companies in the United States falter—and if this country hunkers down into a fossil-fuel-dominated economy in the 2020s—then it may permanently deprive the American economy of a massive global opportunity. It could also undercut the U.S. claim to a century of global leadership on scientific research and technological development.

And perhaps most importantly, it will allow Germany and China to lead the world diplomatically on other issues, as well. At best, a Democratic president negotiating an international agreement which a Republican president then abandons will be interpreted as instability; at worst, it will throw other U.S. diplomatic commitments into doubt.

“Global statecraft relies on trust, reputation and credibility, which can be all too easily squandered,” has warned George P. Shultz, the U.S. secretary of state under President Ronald Reagan. “If America fails to honor a global agreement that it helped forge, the repercussions will undercut our diplomatic priorities across the globe.”

Which is to say: Trump’s decision to withdraw from Paris matters insofar as it causes other systems—Indian participation in the treaty, the American solar and wind business, and U.S. diplomatic leadership in the world—to collapse. And it lets us glimpse what this spinning world will look like in the decades ahead: hotter, more erratic, politically fractured, and facing toward Beijing."

The Atlantic - "'America's Pledge': Can States and Cities Really Address Climate Change?"
By Robinson Meyer
Posted by Eric at 9:14 AM