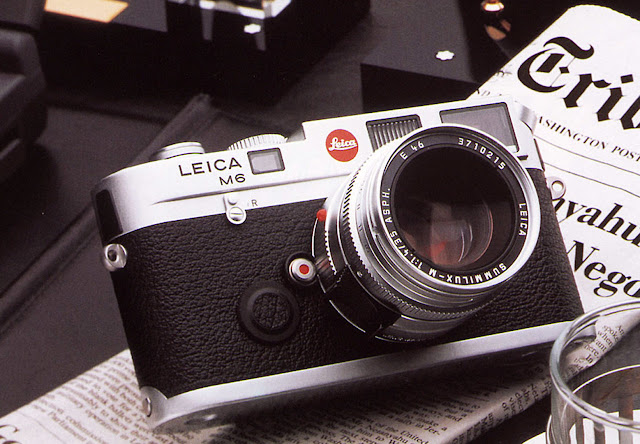 "One thing I had with me on set and used every single day was my Leica M6 35mm film camera from the 1980s. I bought a ton of very high-speed, black-and-white film, had the camera on my shoulder at all times and just snapped away. By the end of the shoot I had a couple thousand film stills. It kind of keeps your eye fresh on set because you’re always looking for interesting stuff to shoot."

Related,
Gear Patrol – "The Logical Argument For Shooting With Film. Bottom Line? It’s Just Fun."
Posted by Eric at 11:45 AM