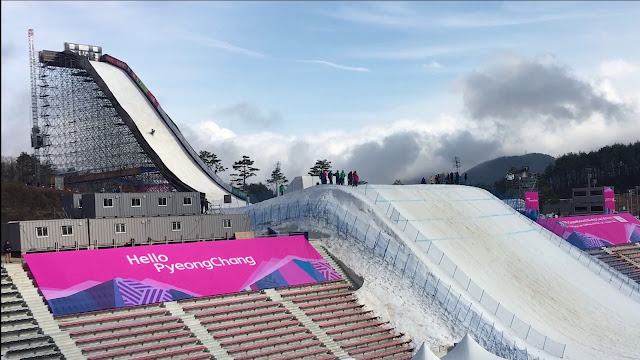 That may all be sports trivia, but it’s about to become important trivia, because soon, in this very winter of 2018 — 80 years after Trumbull’s breakthrough — will occur the Olympic debut of a sport known as “big-air snowboarding,” which is the snurfing equivalent of big-wave surfing. It is best described as the most beautiful, insane, stupid, dangerous, death-wishing, insane and beautiful sport ever perpetrated on innocent spectators."
Posted by Eric at 9:25 AM