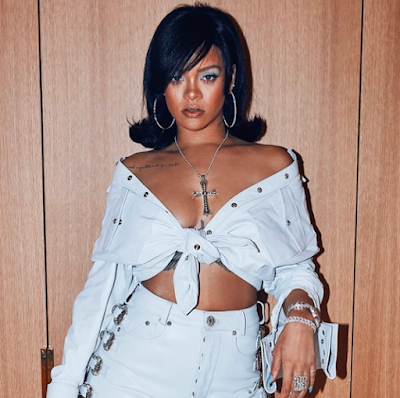 "... she has designed and conquered an entire lane of her own. The innovative and groundbreaking world of Rihanna that no one else will ever be safe in and get away with copying. She makes her own rules and bends ours. Whenever I’ve met her, she’s been the most gracious, loyal and funny goofball of an icon. She glows like when someone’s taken a picture with a flash and you’re dazed for a few minutes after. But it’s also very clear in that glow that she genuinely doesn’t give a f-ck; she’s fearless and full of all the right kind of attitude to be everything that she is and will be forever."
Posted by Eric at 10:28 AM