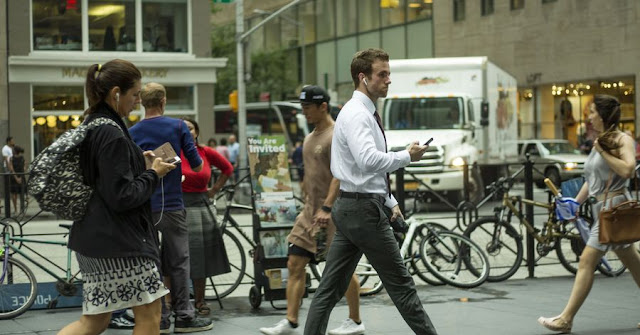 New York Times – "Will Gen-Z Save the World?"
By David Brooks

"There is some sort of hard-to-define spiritual crisis across the land, which shows up in rising depression rates, rising mental health problems. A survey that the Pew Research Center released late last year captures the mood. Pew asked people to describe the things that bring meaning to their lives. A shocking number of respondents described lives of quiet despair:

“I no longer find much of anything meaningful, fulfilling or satisfying. Whatever used to keep me going has gone. I am currently struggling to find any motivation to keep going.”

“It would be nice to live according to my being rather than my blackness. I will never know how a totally worthwhile life will feel because of this.”

“Drugs and alcohol are the shining rays of light in my otherwise unbearable existence.”"

"The Pew survey reveals a large group of Americans down the income and economic ladders, who are suffering from economic scarcity, social scarcity and spiritual scarcity all at once. Less educated people were less likely to say that friendship was a source of meaning in their lives. They were less likely to say hobbies were a source of meaning, nor was learning, nor good health nor stability.

When people overall described the sources of meaning in their lives, they stuck close to home. Nearly 70 percent identified family as a source of meaning, followed by career, making money, and practicing a spirituality or faith. Only 11 percent said learning added meaning to their lives. Only seven percent said that helping others was a meaningful part of their life.

If you ask philosophers how people fill their lives with meaning, they usually point to some version of serving a cause larger than self. William James said that meaning was found in tireless struggle on behalf of some sacred ideal. Susan Wolf says that meaning is found in active engagement in important projects.

But the meaning of meaning seems to have changed. When people in this survey describe meaning, they didn’t describe moral causes or serving their community, country or God. They described moments when they felt loved, satisfied or good about themselves. They described positive personal emotions. As one respondent put it, “It’s easy to forget what’s wrong in the world when you are pretending to be a puppy with your daughter.”

It’s as if people no longer see life as something that should be organized around a specific vocation, a calling that is their own way of doing good in the world."
Posted by Eric at 10:39 PM