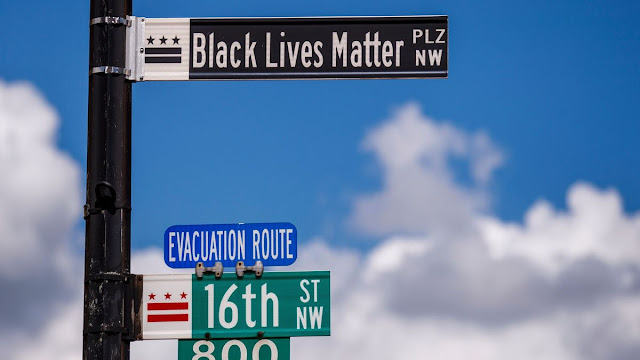 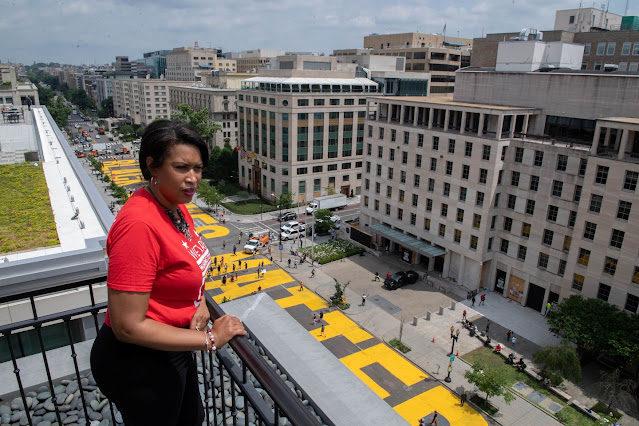 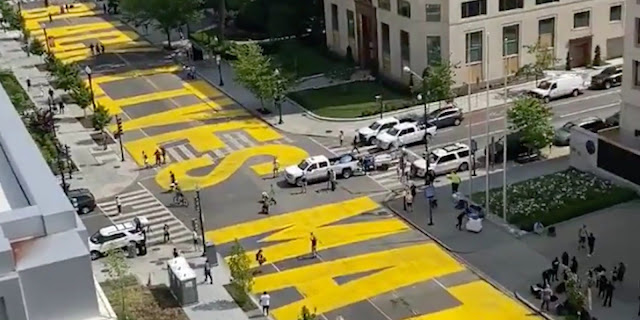 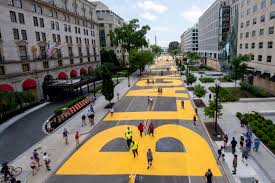 New York Times – "D.C.’s Mayor Fights for Control of Her City at Trump’s Front Door"
"Ms. Bowser, a Washington native long steeped in city politics, again called on Mr. Trump on Friday to pull back all federal law enforcement officers and National Guard troops patrolling the city, including unidentified agents in riot gear, and said she would stop paying for the hotels for the Utah National Guard that she does not want in the city to begin with.
She renamed as Black Lives Matter Plaza the area in front of Lafayette Square where federal officials used chemical spray and smoke grenades on Monday to clear protesters ahead of Mr. Trump’s photo op at a historic church that faces the road that Ms. Bowser had painted. (The money for the paint job came out of the city’s mural program, city officials said.)"
Posted by Eric at 10:49 AM