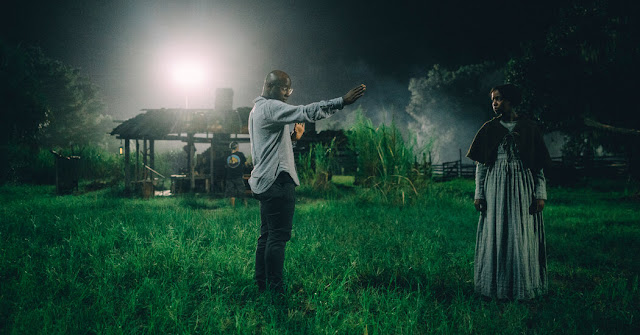 New York Times – "The Epic Journey to ‘The Underground Railroad’"

"For Jenkins, 41, who directed all 10 episodes, the series was by far the most ambitious and personally challenging undertaking of his career. It was shot in 116 days spread over 13 months, with a six-month shutdown last spring and summer because of Covid-19.

To realize Whitehead’s story, about an alternate universe in which the underground railroad is literal rather than metaphorical, the production created antebellum versions of five states (Georgia, where all shooting took place, stood in for the four others: South Carolina, North Carolina, Tennessee and Indiana), more than 3,000 costumes (by the designer Caroline Eselin), a 15-structure plantation and a custom, aboveground tunnel for an actual train. In all, the show employed more than 300 crafts people who worked over 16,000 hours of construction."