The Mandalorian's Place in Star Wars 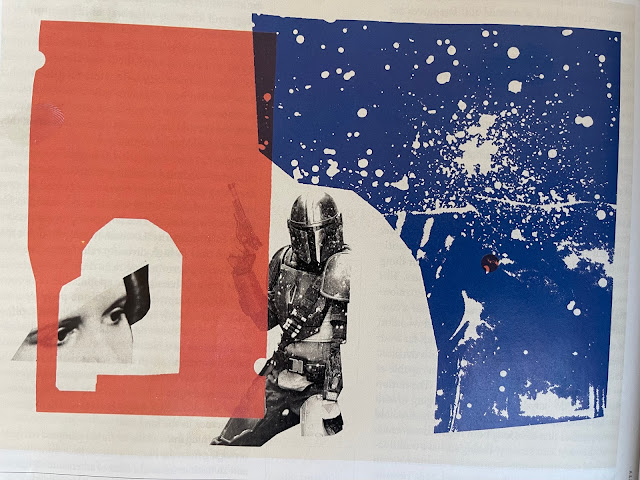 The Atlantic – "A New Hope for Star Wars"

By Spencer Kornhaber (in the July/August 2021 Print Issue)

"The Star Wars franchise offers action and escapism, but re-enchanting our own world was always its greatest trick. As Luke Skywalker rises from backwater farmhand to galactic savior over the course of the first three films, audiences gain a visceral sense of why the galaxy he lives in is worth saving. Debris-strewn sets convey that exotic planets have history and commerce. Silly-looking critters and robots carry themselves with dignity and purpose. A supernatural "Force" hums throughout the interstellar menagerie. Viewers come to feel a humanistic, or even animistic, connection. Star Wars immerses you in the awesome knowledge that peripheral things - the neighbors you don't understand, the buildings you don't notice - have their own sagas.

When Star Wars is bad, its galaxy feels like a thing on a screen - not a place you can go.

The world of The Mandalorian, thankfully, is sturdy, like well-worn concrete. The hero flies in a rickety spaceship modeled on a '70s warplane. Baby Yoda's twitching puppet ears convey the expressive range of actual toddlers. Most important, the showrunner, Jon Favreau, has absorbed the take-your-time, exploratory ethos of Lucas's first trilogy. One early episode spends 10 dialogue-free minutes following the Mandalorian as he tries to survive on an arid planet. Two episodes later, the Mandalorian arrives in a forested village where locals harvest bioluminescent krill from ponds. He doesn't just save the village from a hostile tribe's attacks. He moves in to live the Star Wars simple life for a few weeks.

To cheer for a Hollywood product that emphasizes look and feel rather than story and character may sound superifcial. But in life, aesthetics are not incidental. The dents on a vehicle tell a story. So does the glint in a stranger's eyes. Tidy plots are scarce, and populations do not readily divide into Chosen Ones and Unchosen Ones. Star Wars has proved that mass entertainment can wake us up to such realities. My favorite of the many arcs in The Mandalorian involves a froglike creature carrying her unhatched eggs to another planet. Because the alien doesn't speak his language, the Mandalorian treats her coldly - until she commandeers a droid's translation system and delivers a desparate plea for help. Watching that scene jangled my empathy so much that I began to look even at subway rats with a sense of wonder. They are characters in this galaxy too.