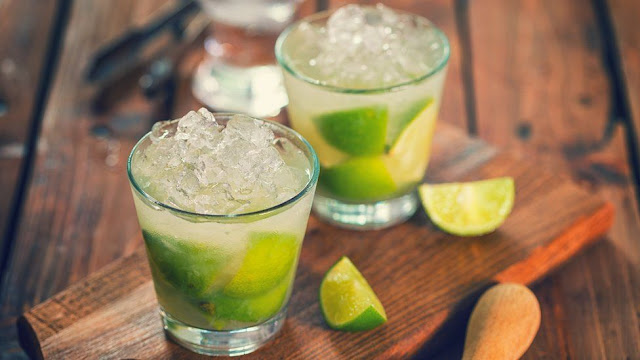 "So what exactly is cachaça? Pronounced "ka-SHAS-sa", it is distilled from sugar cane juice. This, Brazil says, makes it different to rum, which is typically made from the molasses, or thick treacle, left over after sugar cane has been processed into sugar.
Fans of cachaça say this makes it taste fresher and fruitier than rum.
Cachaça, which can only be made in Brazil, is believed to have been first distilled in the country in 1516. This means that it predates the production of both rum and tequila.
It is also regarded to be the world's third most-produced spirit, after vodka and China's baijiu.
The country makes some 800 million litres of cachaça a year, according to trade body Brazilian Institute of Cachaca (Ibrac) Yet such is the thirst for the spirit in its vast home country - less than 1% is exported."
Posted by Eric at 11:06 AM