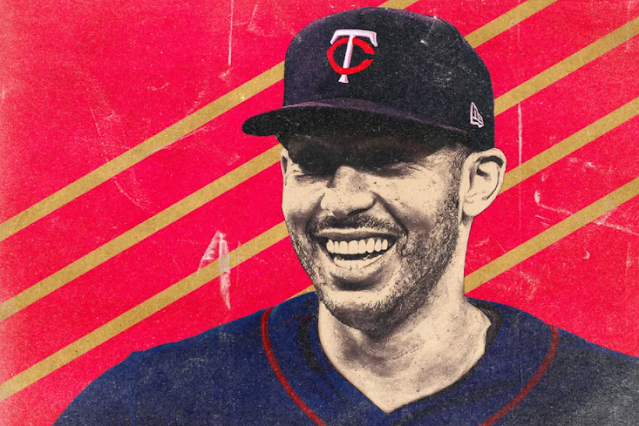 The Ringer - "The Twins—Yes, the Twins—Landed MLB’s Best Free Agent. What Does That Mean for the League?"

"If there’s one thing the 21st-century Twins are known for, it’s losing 18 straight playoff games, the longest such streak in the history of North American pro sports. If there’s another thing they’re known for, it’s losing most of those games—13, to be precise, which is also a record—to the Yankees. In 2019, Sports Illustrated’s Steve Rushin floated a Bambino/Billy Goat/Colavito–esque origin story for the Twins’ futility against New York, noting that in 1964 the Twins signed a then-unknown 19-year-old Bronx baseballer named Rodney Cline Carew right under the Yankees’ noses—after a clandestine workout at Yankee Stadium, no less. Carew became the greatest Twin of all time. Decades later, Rushin facetiously suggested that the baseball gods were punishing the franchise for absconding with Carew, thereby depriving the Yankees of a 28th Hall of Famer (and perhaps a 28th championship). I’m not sure the Curse of Carew has caught on, but the Reverse Curse of Correa would be a fitting way to break it—especially because the Twins indirectly leveraged the Yankees’ money to make this signing happen."

"The Yankees are their kryptonite, and so it must be sweet for Twins fans that their team used the Yankees’ deeper pockets to free up cash for Correa—and that the Urshela-Correa left side of the infield that many Yankees fans (if not the Yankees brass) envisioned will be playing in Minneapolis instead of the Bronx. It doesn’t make up for decades of submission, but it’s a start."