The Meaning Behind a Badge 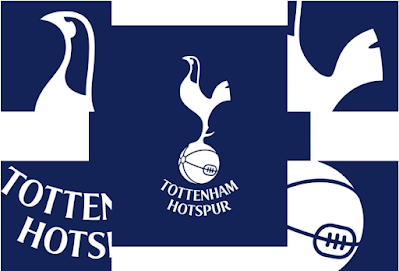 The Athletic - "Tottenham’s badge: ‘Harry Hotspur’, a cockerel and a schoolboy dream"

"Well, we could start with the play’s release in 1597, or the real Battle of Shrewsbury (which is its climax) in 1403, or the Battle of Homildon Hill (which starts it) in 1402, or Henry Bolingbroke’s usurping of King Richard II in 1399, which sets up his own shaky royal legitimacy as Henry IV, from which he never truly recovers.

But maybe it makes more sense, before we start disentangling our Worcesters from our Mortimers, to remember why we are talking about this at all. And that is because of a few schoolboys who wanted to play sport on a field in Tottenham in 1880.

Some of England’s football clubs started out for industrial or even commercial reasons. This one was purely recreational.

As is detailed in Julie Welch’s authoritative book The Biography Of Tottenham Hotspur, it all started with two brothers playing on their uncle’s field, before they were joined by another pair of siblings, Hamilton and Lindsay Casey. All they wanted to do was play cricket, and that was their first organising principle, before they moved on to football in 1882.

The other thing they needed was a name.

The story is that the Caseys were so enamoured with the story of Percy — aka Harry Hotspur — that they named their cricket club after him, and then their football club, too.

The name was doubly appropriate because of the holdings of the Percy family in the Tottenham area, which meant the new club were never far from the land of Hotspur’s descendants.

Over the next few years, Tottenham Hotspur became bigger and more successful, going professional, winning the FA Cup in 1901 and establishing themselves as a force in London football. By the turn of the 20th century, it was very clear that they were permanently associated with the cockerel. You can see this from a quick look at contemporary newspaper cartoons, which would often draw a cockerel to represent this team." 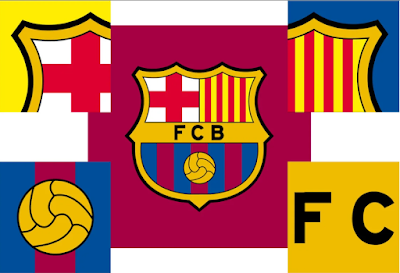 "There are, of course, myths and legends around the formation of the badge. Local reports back in the day claimed the badge choice could have been linked to a desperate shout from one of the club executives at the start of the 20th century. The story is that the board was having a meeting when executive Lluis d’Osso had enough and cried out: “Aixo es una olla de grills!” — the Catalan idiom translates as “this is a pot full of crickets!” but is used to define a chaotic and loud discussion.

The reports claimed that Barcelona’s president, Gamper, felt inspired by the words and chose a design that was the shape of an actual pot. Inside, there had to be all the elements that defined FC Barcelona. That story endured over the years as an element of the club’s folklore.

Since 1910, then, Barcelona has been represented by the current crest. It comprises three different parts.

The top section is divided into two parts, each featuring a Catalan symbol. The top left is the cross of Saint George, the patron saint of Catalonia. The cross is also reflected in the coat of arms of the city of Barcelona.

The top right has the Catalan national flag on it, the “Senyera”, with four red stripes on a yellow field.

Right across the middle of the badge is the acronym of the club — FCB. There are some versions of the badge, from 1941 to 1974, in which the acronym changed to CFB. This was an order from Spanish dictator Francisco Franco, who made the club change their name from Catalan to Spanish, altering the order of “Futbol Club Barcelona” to “Club de Futbol Barcelona”. As soon as Franco’s ruling ended in Spain, Barca returned to their original name and acronym.

This bottom section of the crest is filled with seven blue and red stripes — the club colours since their foundation, though the number of stripes has changed over the years. What has remained untouchable is the drawing of a football right in the middle of it, which is there for a reason: to embody how the ball is the central part of the club and their style of play. Around the ball, Barca’s colours and DNA spread all over.

Barcelona’s official website displays nine versions of the badge since its creation. Each one has a slight reshape. None of them altered any of the principle features that were set in 1910 when FC Barcelona were a “pot full of crickets” that somehow managed to epitomise the complex and unique personality of the Catalan club until today."
More:
The Athletic - "Manchester United’s badge: Railways, canals and the devil"
The Athletic - "Manchester City’s badge: An unlikely eagle, mystery stars and a returning rose"
Posted by Eric at 11:13 AM