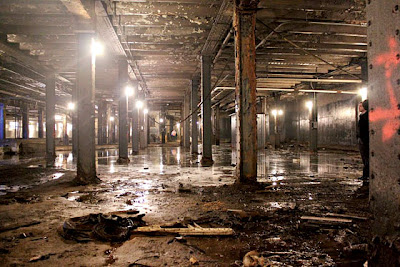 A group of three men are working with MTA (New York Metro Transit Authority) and local Community Boards to convert "the vast and dank trolley terminal that has sat disused on the Lower East Side for six decades" into a subterranean park "that they are calling Delancey Underground but will inevitably be known as the Low Line."

“Technology enables us to create an appealing green space in an underserved neighborhood,” says Ramsey. The key, he says, is the “remote skylight,” a system that channels sunlight along fiber-optic cables, filtering out harmful ultraviolet and infrared light but keeping the wavelengths used in photosynthesis. “We’re channeling sunlight the way they did in ancient Egyptian tombs, but in a supermodern way.” Ramsey envisions a stand of dozens of lamppostlike solar collectors on the Delancey Street median, feeding a system of fixtures down below." 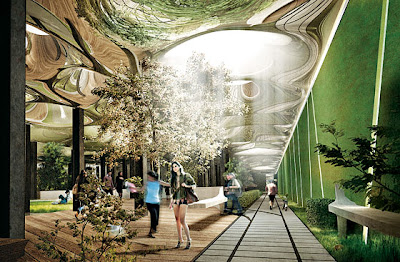 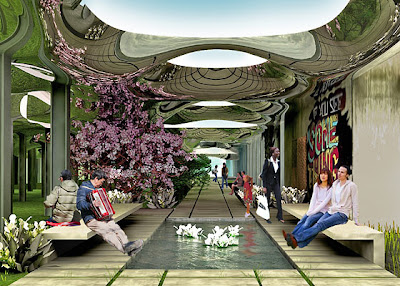