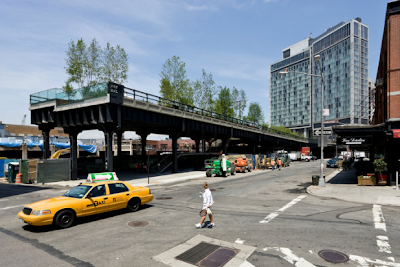 NPR - "The Inside Track on New York City's High Line"
NPR has a great post up in anticipation of the High Line's original creators Joshua David and Robert Hammond's new book on the city project.

"Today, the High Line is one of Manhattan's most popular public spaces: a mile-long, modern, high-concept park built on the old railroad track. In the 10 months after it opened in 2009, it drew 2 million visitors and — in a rare ratio for a public space in New York — about half were tourists. Half were native New Yorkers."