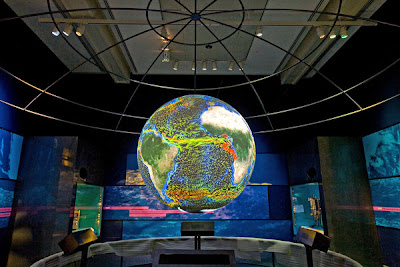 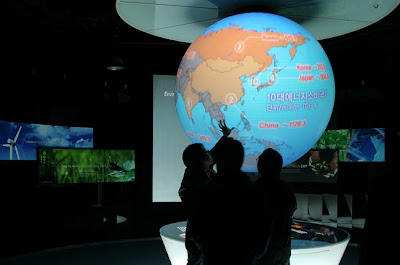 "Until recently, cost and technical limitations have largely confined these modern spheres to institutional settings like science centers. But as technology improves and prices fall, it’s growing more likely that a digital orb will someday arrive in a classroom or boardroom — even a living room — near you."

"It can animate complex phenomena, like the formation of weather systems, the effect of global warming on wolverine habitats or the annual pulse of sea ice. It can display the surface of the moon, the churning azure cloudscapes of Neptune or the celestial globe — the night sky."

"Since 2007, the Mayo High School in Rochester, Minn., has used a digital globe in earth science lessons. Lawrence Mascotti, director of the school’s planetarium, noted that children today display such confidence with digital media that he regards the globe as a means for teachers to “play” at the students’ level, rather than vice versa." 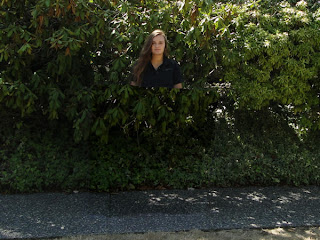 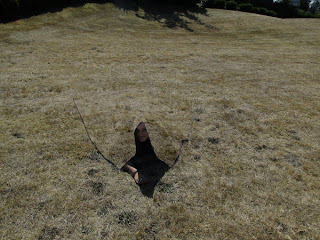 Smart Planet - "Is this a real-life invisibility cloak?"

"...a little-known Canadian defense firm called HyperStealth Corp claims to be closing in on a breakthrough technology that should soon lead to a true, in every sense of the term, invisibility cloak. And to allay skeptics, company CEO Guy Cramer told CNN in an interview that they’ve even garnered strong interest from the U.S. military after demonstrating to officials how the fabric’s light-bending properties prevent the wearer from being detected entirely."
Posted by Eric at 2:02 AM