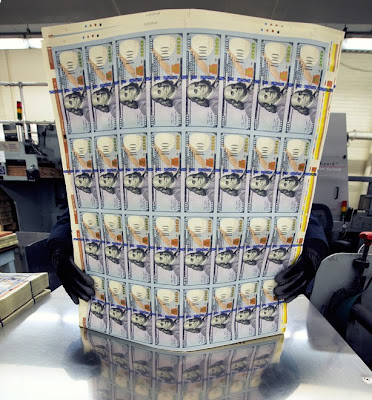 
"A man named Edward Lowery is the special agent in charge of the Secret Service's Criminal Investigative Division. He looks and sounds exactly like a special agent, put-together and deep-voiced. Asked about the North Korean supernote, he won't say a word, refusing to acknowledge that it even exists. But he will acknowledge that the Secret Service shut down more than three hundred counterfeiting plants around the world in 2012, and for the agency, each one was a kind of school."
Posted by Eric at 6:22 PM