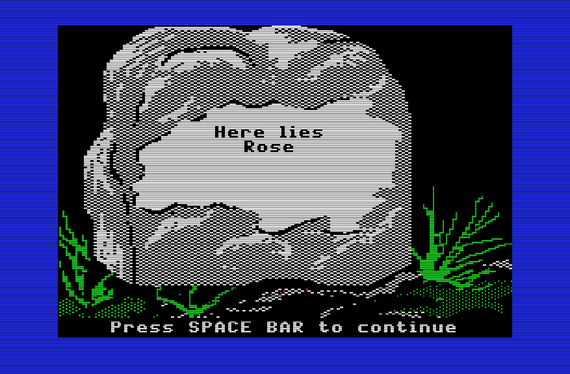 "Rawitsch was a student teacher in a middle school history class in Minnesota when his supervisor charged him with coming up with his own lesson plans about the great American Western migration. Few classrooms had computers at the time and the personal computer didn’t even exist. Rawitsch envisioned a board game where players would travel across a map of the United States, but after a conversation with his roommates—two mathematics majors—he created a barebones computer program for a teletype device with a dial-up connection. “There was no precedent for computer games, nothing to admire or to look to for inspiration,” Rawitsch told me.

A few years later, after reading several diaries of trail survivors, Rawitsch took the game code to the Minnesota Educational Computing Consortium and began incorporating the narratives and statistical realities of real settlers into the game’s interface. Things in the game happened not at random, but based on the actual historical probability of it happening. “When you lose oxen in the game, it is based on the historical record and the probability of that occurring at that point on the actual trail,” Rawitsch said."
Posted by Eric at 10:06 PM