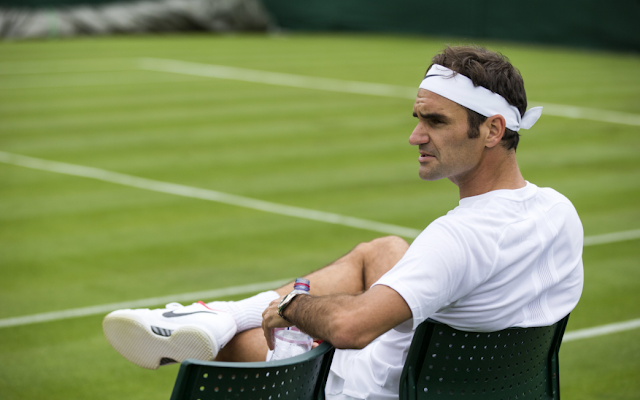 "This past Sunday, Roger Federer won his eighth Wimbledon men’s singles title—his first in five years. Weeks away from turning a sports-ancient 36, the Swiss legend is playing some of the best tennis of his life, and a big reason appears to be rest. As the Journal’s Matthew Futterman has elaborated upon, an injured and exhausted Federer took six months off at the end of 2016, only to show up this January in Melbourne fresh as a daisy, and win the Australian Open. Then Federer turned right around after Oz and skipped the entire clay court season and the French Open—but returned for Wimbledon and rolled to another Slam title.

“I’ve got to take more time off,” Federer said when it was done. “I’ll be gone again for the next six months if it keeps working out this [fantastically] when I come back.”

The sports science appears increasingly clear: rest may be nature’s finest performance-enhancing drug, restorative both physically and mentally. Smart teams are routinely resting key players in the NBA. (The influential San Antonio Spurs basically double as a Canyon Ranch during the regular season.) You can’t tell me a four-game suspension to begin 2016 wasn’t a reason a 39-year-old Tom Brady looked so sharp in February’s Super Bowl. Cycling giant Kristin Armstrong has full on stopped and retired twice, only to turn around and win Olympic gold medals, her most recent last year at 42.

Sports are catching up to what workplace productivity experts have known for ages: time off is good for everybody. Rested employees are consistently better employees, with higher performances and morale. Non-rested employees are...a grumpy disaster waiting to happen.

“Americans seem to believe that logging more hours leads to increased output, but respite deprivation can actually increase mistakes and workplace animosity,” then-University of Michigan nursing school Dean Kathleen Potempa wrote in the Journal a couple of years back.

Yes, everyone in the office kind of hates the guy who can’t stop talking about his three-month sea kayaking sabbatical. But it’s far worse to be the sourpuss who won’t take any vacation time and diddles away the week complaining about the air conditioning and his sandwich.

It’s obvious to the point of cliche: It’s not the quantity of work that matters, it’s the quality. This is what Federer has seized upon during what should be the end of his career. He realized: I want to win more Wimbledons. I don’t really need to schlep to another Madrid Open."
Posted by Eric at 8:46 AM