The Boeing 747 ... “the powerful symbol of global civilization” 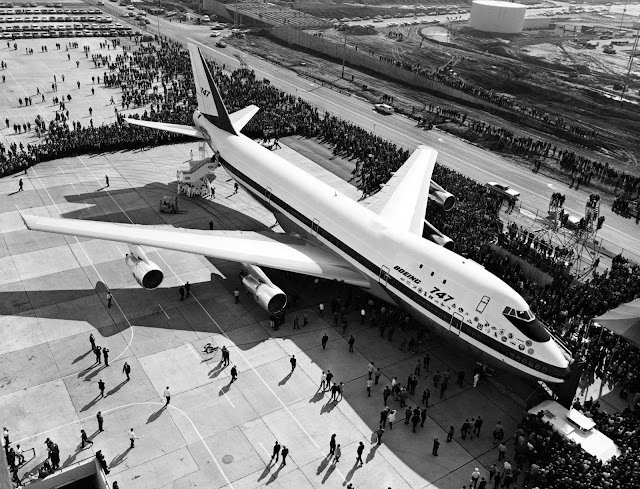 "Yet on a planet that previously only the richest could cross at will, the 747’s most lasting impact may have been on everyday notions of distance and difference. Having inaugurated the “age of mass intercontinental travel,” wrote the scholar Vaclav Smil, the 747 “became a powerful symbol of global civilization.” The writer J.G. Ballard compared the jet to nothing less than the Parthenon — each the embodiment of “an entire geopolitical world-view.” Juan Trippe, Pan Am’s legendary founder, called the 747 “a great weapon for peace, competing with intercontinental missiles for mankind’s destiny.”

... British architect Norman Foster once named the aircraft his favorite building of the 20th century. Now, well into the 21st century, I asked Mr. Foster for an update. The 747 “still moves me now as it did then,” he told me in an email. “Perhaps with the passage of time, and in an age of ‘look-alikes,’ even more so.”"
Posted by Eric at 5:34 PM