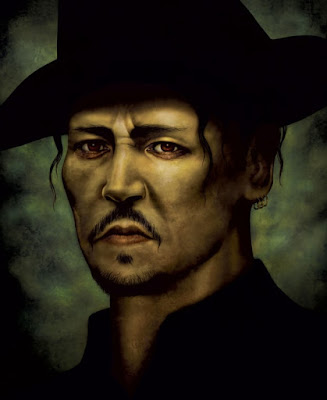 Rolling Stone – "The Trouble With Johnny Depp"
By Stephen Rodrick

"The purchases listed by TMG read like Depp gave his wallet to a tween with ADD. There was $75 million for 14 residences. He spent $3 million to shoot his pal Hunter S. Thompson's ashes into the sky from a cannon. A mere $7,000 to buy his daughter a couch from the set of Keeping Up With the Kardashians. He bought some 70 guitars and 200 pieces of art, including Basquiats and Warhols, owned 45 luxury vehicles and spent $200,000 a month on private air travel."
Posted by Eric at 3:58 PM