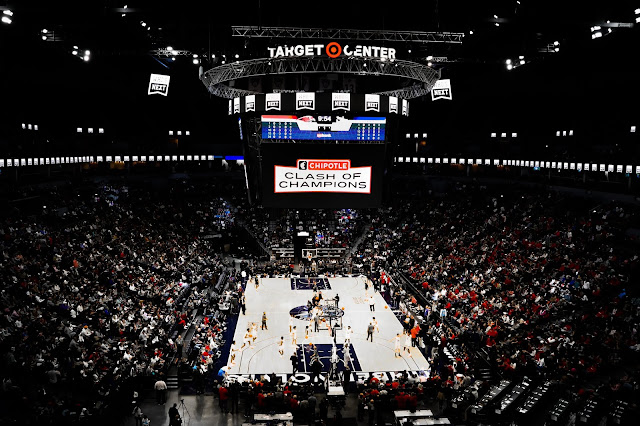 The Athletic – "A weekend with Sierra Canyon, as Bronny James, Zaire Wade and ‘The Show’ take over Minneapolis"

"They’ve all come here for a high school basketball doubleheader, featuring two local powerhouses and two nationally ranked teams from each coast. But truthfully, everyone is really here to eyeball Sierra Canyon. The private Los Angeles-area school features several five-star prospects in its starting lineup and two social media stars coming off the bench: LeBron “Bronny” James Jr., and Zaire Wade, the son of Dwyane Wade. Their presence, along with the occasional cameos from their famous fathers, has turned Sierra Canyon into a prep version of the mid-1990s Chicago Bulls, a nationwide barnstorming unit that attracts hordes of selfie-takers and autograph seekers wherever it goes.

The Trailblazers are in Minneapolis for games on back-to-back nights, the first of which airs on ESPN2 with the second one streaming on ESPN3. Fifteen of their games will be shown on one of the ESPN platforms this season, a record for a high school team."
Posted by Eric at 12:47 PM