How to Listen Better 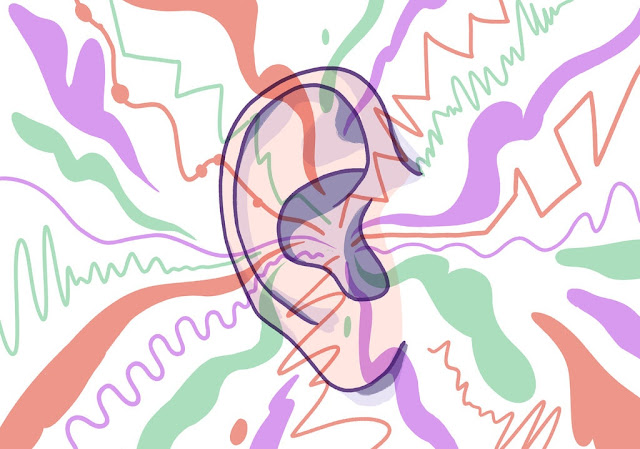 "Of course, technology plays a role. Social media provides a virtual megaphone, along with the means to filter out opposing views. People find phone calls intrusive and ignore voice mail, preferring text or wordless emoji. If people are listening to anything, it’s likely through headphones or earbuds, where they feel safe inside their own curated sound bubbles. This is all fueling what public health officials describe as an epidemic of loneliness in the United States.

But tech is not the only culprit. High schools and colleges have debate teams and courses in rhetoric and persuasion, but rarely, if ever, offer classes or extracurricular activities that teach careful listening. You can get a doctorate in speech communication and join clubs such as Toastmasters to perfect your public speaking, but who strives for excellence in listening? The image of success and power today is someone miked up and prowling around a stage or orating from behind a lectern. Giving a TED talk or delivering a commencement speech is living the dream.

The cacophony of modern life also stops us from listening. The acoustics in restaurants can make it difficult, if not impossible, for diners to clearly hear one another. Offices with an open design ensure every keyboard click, telephone call and after-lunch belch make for constant racket. Traffic noise on city streets, music playing in shops and the bean grinder at your favorite coffeehouse exceed the volume of normal conversation by as much as 30 decibels, and can even cause hearing loss.

So how can we reclaim the lost art of listening? After a couple of years studying the neuroscience, psychology and sociology of listening, as well as consulting some of the best professional listeners out there (including a C.I.A. agent, focus group moderator, radio producer, priest, bartender and furniture salesmen), I discovered that listening goes beyond simply hearing what people say. It also involves paying attention to how they say it and what they do while they are saying it, in what context, and how what they say resonates within you.

Good listeners ask good questions. One of the most valuable lessons I’ve learned as a journalist is that anyone can be interesting if you ask the right questions. That is, if you ask truly curious questions that don’t have the hidden agenda of fixing, saving, advising, convincing or correcting. Curious questions don’t begin with “Wouldn’t you agree…?” or “Don’t you think…?” and they definitely don’t end with “right?” The idea is to explore the other person’s point of view, not sway it.

For example, when trying to find out why people might go to the grocery store late at night, a focus group moderator told me, she didn’t ask leading questions like, “Do you shop late a night because you didn’t get around to it during the day?” or “Do you shop at night because that’s when they restock the shelves?” Instead, she turned her question into an invitation: “Tell me about the last time you went grocery shopping late at night.” This, she said, prompted a quiet, unassuming woman who had hardly spoken up to that point to raise her hand. “I had just smoked a joint and was looking for a ménage à trois — me, Ben and Jerry,” she said. Grocers, take note.

You also want to avoid asking people personal and appraising questions like “What do you do for a living?” or “What part of town do you live in?” or “What school did you go to?” or “Are you married?” This line of questioning is not an honest attempt to get to know who you’re talking to so much as rank them in the social hierarchy. It’s more like an interrogation and, as a former C.I.A. agent told me, interrogation will get you information, but it won’t be credible or reliable.

In social situations, peppering people with judgmental questions is likely to shift the conversation into a superficial, self-promoting elevator pitch. In other words, the kinds of conversations that make you want to leave the party early and rush home to your dog.

Instead, ask about people’s interests. Try to find out what excites or aggravates them — their daily pleasures or what keeps them up at night. Ask about the last movie they saw or for the story behind a piece of jewelry they’re wearing. Also good are expansive questions, such as, “If you could spend a month anywhere in the world, where would you go?”

Research indicates that when people who don’t know each other well ask each other these types of questions, they feel more connected than if they spent time together accomplishing a task. They are the same kinds of questions listed in the widely circulated article “36 Questions That Lead to Love” and are similar to the conversation starters suggested by the Family Dinner Project, which encourages device-free and listening-focused meals.

Because our brains can think a lot faster than people can talk, beware of the tendency to take mental side trips when you should be listening. Smart people are particularly apt to get distracted by their own galloping thoughts. They are also more likely to assume they already know what the other person is going to say."
Posted by Eric at 4:56 PM