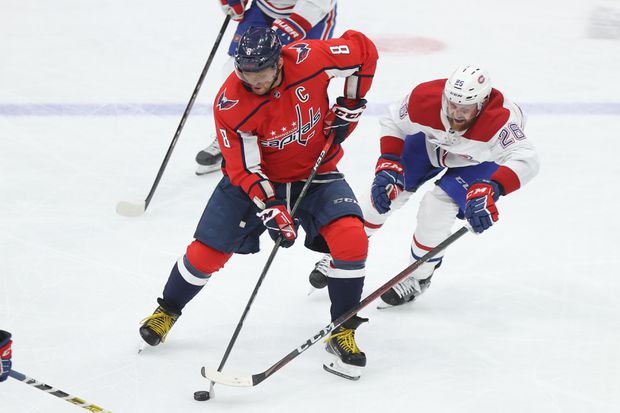 "As you read this, Alex Ovechkin has just scored his 700th NHL goal.

That puts him in the same career postal code as Brett Hull and Phil Esposito.

If he lasts another couple of years – which he will because, as Ovechkin has told us, “Russian machine never breaks” – he’ll be up there with Gordie Howe and Wayne Gretzky.

But Ovechkin is already the greatest goal scorer in hockey history.

When Gretzky was netting 70, 80, 90 goals a season, about eight goals were scored in the average NHL game. That rate had fallen to fewer than six when Ovechkin began his run.

In retrospect, it feels as though about half of Gretzky’s goals were scored on some skinny, flailing idiot who’d come 10 feet out of his net trying to cut down the angle and then fell over. And as you may recall, he had a fair bit of help as well.

Ovechkin has spent large chunks of his career cutting his own trail through the NHL. He came in during the tail end of the Dead Puck Era. He’s faced bigger, faster goalies, all of whom are now equipped like they work as tackling dummies for attack dogs. The defenders have been super-sized as well.

Most tellingly, none of Ovechkin’s brightest contemporaries are anywhere near him. Sidney Crosby is closest – and he’s 250 goals behind.

Had he played in Gretzky’s era, on a team such as the mid-eighties’ Oilers, just imagine the numbers Ovechkin might’ve put up. A thousand goals, easy. Maybe a lot more.

Ovechkin hasn’t been misunderstood or underappreciated, but he has been overanalyzed. As observers, we’ve spent a great deal of his career trying to figure out what he represents."
Posted by Eric at 7:37 PM