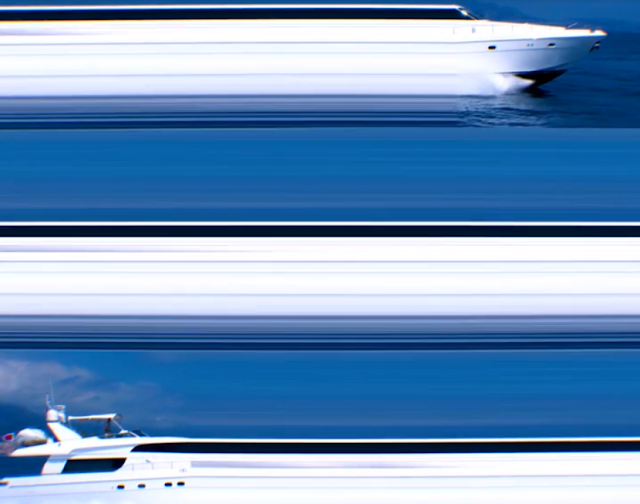 New Yorker - "The Haves and the Have-Yachts"
By Evan Osnos

"If you’ve just put half a billion dollars into a boat, you may have qualms about the truism that material things bring less happiness than experiences do. But this, too, can be finessed. Andrew Grant Super, a co-founder of the “experiential yachting” firm Berkeley Rand, told me that he served a uniquely overstimulated clientele: “We call them the bored billionaires.” He outlined a few of his experience products. “We can plot half of the Pacific Ocean with coördinates, to map out the Battle of Midway,” he said. “We re-create the full-blown battles of the giant ships from America and Japan. The kids have haptic guns and haptic vests. We put the smell of cordite and cannon fire on board, pumping around them.” For those who aren’t soothed by the scent of cordite, Super offered an alternative. “We fly 3-D-printed, architectural freestanding restaurants into the middle of the Maldives, on a sand shelf that can only last another eight hours before it disappears.”"

"As yachts have grown more capacious, and the limits on passengers have not, more and more space on board has been devoted to staff and to novelties. The latest fashions include imax theatres, hospital equipment that tests for dozens of pathogens, and ski rooms where guests can suit up for a helicopter trip to a mountaintop. The longtime owner, who had returned the previous day from his yacht, told me, “No one today—except for assholes and ridiculous people—lives on land in what you would call a deep and broad luxe life. Yes, people have nice houses and all of that, but it’s unlikely that the ratio of staff to them is what it is on a boat.” After a moment, he added, “Boats are the last place that I think you can get away with it.”"


let us know can hit up our contact page. I didnt see any emails or a signup