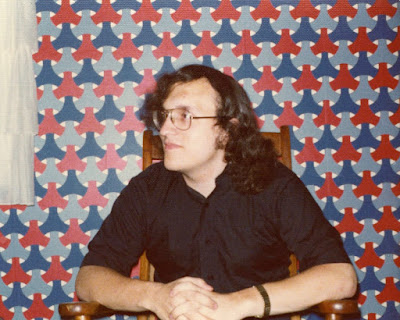 "George R.R. Martin is fond of sudden reversals. The tasty but poisoned dish, the false god who abruptly proves all too real, the unsalvageable rogue who strikes a hidden vein of decency when we--and he--least expect it. Martin is also partial to sacked castles, bear pits, disastrous battles, cynical betrayals, public executions, assassinations, ill luck, duels to the death, ambushes in forests and corpses left rotting in green hedgerows. The world Martin writes about may bear a passing resemblance to Olde Englande, but it is not a Merrie one.

Martin isn't the best known of America's straight-up fantasy writers. That honor would probably go to upstart Christopher Paolini (Eragon), or Robert Jordan (the endlessly turning Wheel of Time series), or better yet to ageless grandmistress Ursula K. LeGuin (A Wizard of Earthsea). But of those who work in the grand epic-fantasy tradition, Martin is by far the best. In fact, with his newest book, A Feast for Crows (Bantam; 784 pages), currently descending on bookstores and ascending best-seller lists, this is as good a time as any to proclaim him the American Tolkien.

A Feast for Crows is the fourth volume of a series with the deceptively Renaissance fair-y name A Song of Ice and Fire. It's set mostly in the Seven Kingdoms, an unstable amalgamation of nations caught in the act of vigorously ripping itself to shreds following the death of King Robert Baratheon. Martin shoots the action from many angles, with a dozen narrators, the better to reflect its gritty, twisty, many-sided nature and its vast cast of would-be queens and kings, rogues, bastards, bandits, madmen, mercenaries, exiles, priests and various uncategorizable wild cards. Martin may write fantasy, but his politik is all real.

In the wrong hands, a big ensemble like this can be deadly, but Martin is a tense, surging, insomnia-inflicting plotter and a deft and inexhaustible sketcher of personalities--including Tyrion Lannister, a bitter, cynical, high-born dwarf (he's Martin's Falstaff) and Brienne the Beauty, a huge, unmarriageable, monstrously ugly woman who fights in full armor and usually wins. Martin has an astonishing ability to focus on epic sweep and tiny, touching human drama simultaneously. The supernatural plays a role, but only rarely.

What really distinguishes Martin, and what marks him as a major force for evolution in fantasy, is his refusal to embrace a vision of the world as a Manichaean struggle between Good and Evil. Tolkien's work has enormous imaginative force, but you have to go elsewhere for moral complexity. Martin's wars are multifaceted and ambiguous, as are the men and women who wage them and the gods who watch them and chortle, and somehow that makes them mean more. A Feast for Crows isn't pretty elves against gnarly orcs. It's men and women slugging it out in the muck, for money and power and lust and love."