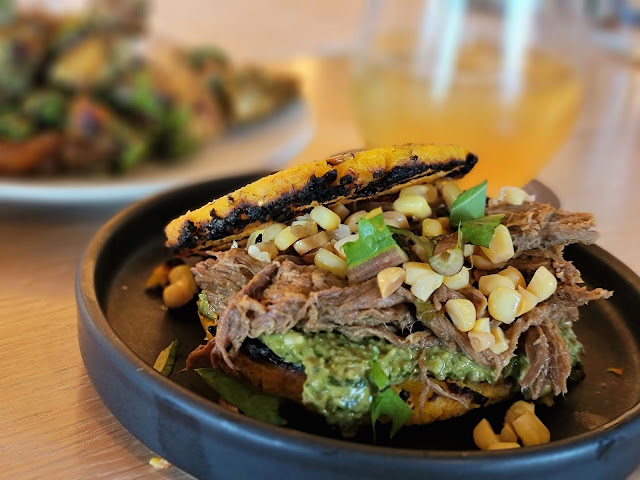 "In the summer of 2021, Sean Sherman, a forty-eight-year-old Oglala Lakota chef, opened a restaurant called Owamni, in Minneapolis. Nearly overnight, it became the most prominent example of Indigenous American cuisine in the United States. Every dish is made without wheat flour, dairy, cane sugar, black pepper, or any other ingredient introduced to this continent after Europeans arrived. Sherman describes the food as “decolonized”; his business partner and Owamni’s co-owner, Dana Thompson, calls it “ironically foreign.” In June, the James Beard Foundation named Owamni the best new restaurant in the United States.

We were at a beach bar in San Pancho, a small town in Mexico. Sherman was barefoot, seated facing the Pacific Ocean. The following night, he would be co-hosting a dinner at Cielo Rojo, a local boutique hotel, where he had worked a decade earlier. The event was a fund-raiser to help the Huichol—the people indigenous to the region—stop the development of a resort, Punta Paraíso, on the beach’s turtle-nesting ground. Sherman ate a spoonful of ceviche and finished describing the dream: “We’re on a voyage. We didn’t know where, but we were going to take back what was ours.”"