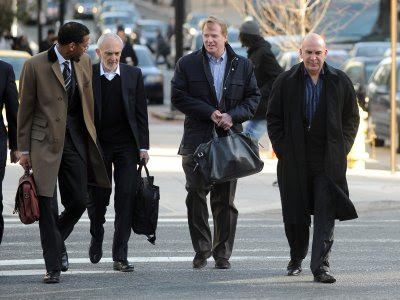 Take a moment to read the New Yorker article linked below.
New Yorker - Owners vs. Players in Football's Labor Dispute

"With the possible exception of the members of OPEC, N.F.L. owners have pretty much the coziest business arrangement imaginable: they’re effectively members of a cartel—able to limit competition, enhance bargaining power, and hold down costs. Instead of competing against each other for TV money, the owners share it, reducing risk and guaranteeing steady revenue regardless of how well they run their teams."

"You might say that that’s capitalism—those who provide the capital for an enterprise deserve to reap the profits. But the N.F.L. isn’t capitalist in any traditional sense. The league is much more like the trusts that dominated American business in the late nineteenth century, before they were outlawed. Its goal is not to embrace competition but to tame it, making the owners’ businesses less risky and more profitable."