Jordan almost signing with the Knicks 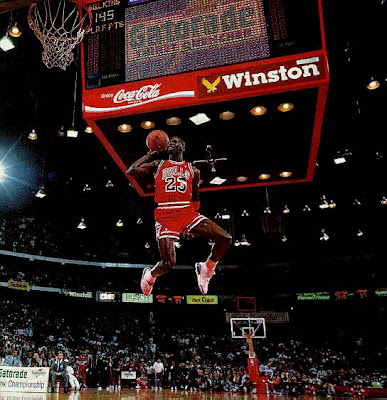 "The first time I met Jordan was at St. John's University, where he was giving the keynote address at their graduation one year. We talked briefly, but didn't really chop it up. A couple of months later, in Chicago, I went to his restaurant at his invitation to have dinner with him. I had Ty-Ty and my friend Juan with me and I told Jordan that if I was going to sit and break bread with him, I'd have to be able to ask him anything. I meant anything.
It was so perfect that I had Juan with me because he's a die-hard Knicks fan, and as much as he respected Jordan, he hated the way Jordan personally sat the Knicks down every year in the Eastern Conference play offs. Juan is a real sports fan; he'd be sick for a week, I'm talking depressed - he wouldn't leave the house - after his team lost. That night he had to sit there and dine with his nemesis. Jordan told Juan the story of how he almost came to the Knicks. He said he was a second away from closing the deal, he was packing his bags to come to New York, when Jerry Krauss called and matched the Knicks' offer at the last minute. Juan looked like he was going to cry."