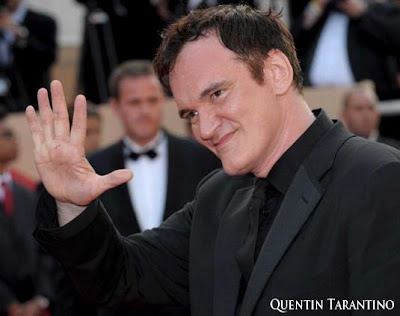 News reports today, Quentin Tarantino's next film to be a "Southern."

"I want to explore something that really hasn’t been done. I want to do movies that deal with America’s horrible past with slavery and stuff but do them like spaghetti westerns, not like big issue movies. I want to do them like they’re genre films, but they deal with everything that America has never dealt with because it’s ashamed of it, and other countries don’t really deal with because they don’t feel they have the right to."

The above QT quote from a couple years ago.
Posted by Eric at 8:17 PM