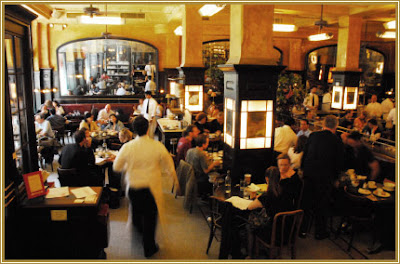 "Among the city’s leading restaurateurs, almost no one but McNally and Danny Meyer has built an empire that, as Times former food critic Frank Bruni says, “combine[s] the restaurant equivalent of big box office with serious foodie followings.”

A truism about McNally’s restaurants is that they are like stage sets, with a theatrical sense of lighting, of casting, of narrative, of scale and movement and mise-en-scène. Meticulously engineered to feel like found objects excavated from a golden past that never was, his places are augmented-reality versions of the bistro, the brasserie, the trattoria, the café, the tavern.

McNally’s feel for the next neighborhood has been uncanny, and the tally of places he opened in underserved neighborhoods, just before they exploded, is a history of Manhattan’s gentrification in the last three decades:"

"In an exceptionally fickle industry, McNally’s places have shown a remarkable ability to age gracefully, evolving from restaurants-of-the-minute into enduring standards. Of the ten places he has opened in the last 30 years, nine are still around."

A testament to McNally's design, his Martha Vineyard's home kitchen below. 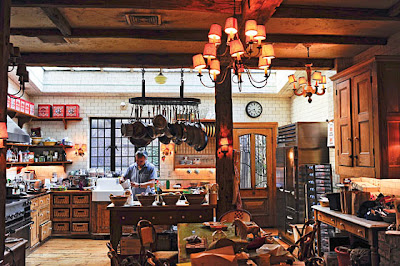