Below are my personal favorite design's in New York Magazine's "The Delirious City: A Survey." Click on the link to see and read descriptions of all 24 of the magazine's "favorite recent (and imminent) urban inventions." 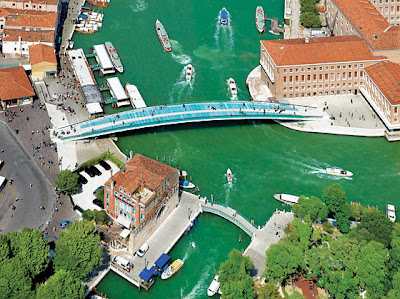 "Santiago Calatrava’s glass-bottomed Constitution Bridge in Venice, only the fourth over the Grand Canal, triggered storms of derision even before it opened. Accused of being overly expensive, inexcusably late, aesthetically inharmonious, and, most egregiously, not accessible to the handicapped, it is nevertheless a graceful addition to an architecturally demanding city.” 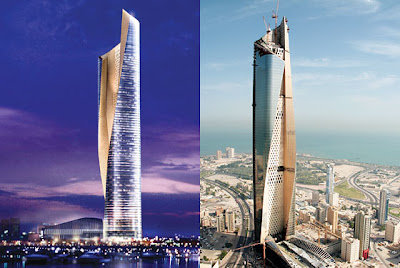 “The Al Hamra Tower [in Kuwait City] is such a paradigm-buster: The glass shield covers only three-quarters of it, with the back quarter a spine of masonry that functions as a heat-absorbing environmental feature. It has this romantic, solitary silhouette that really stands out.” 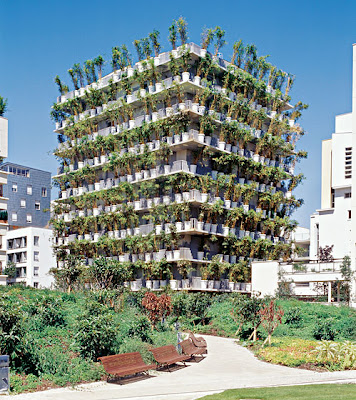 “The Flower Tower [in Paris] is basically a box full of ordinary apartments with terraces surrounded by flowerpots. It’s very simple, almost cartoonish, but it has an extraordinary effect—those concrete slabs and all that green coming out of it.” 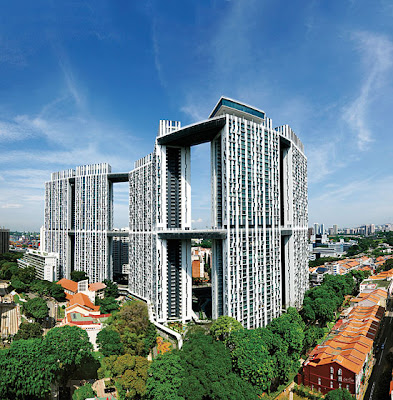 “Combine the words government housing and high-rise and most people think disaster. But the Pinnacle@Duxton [in Singapore] has these significant sky bridges that are basically parks in the sky for the residents.” 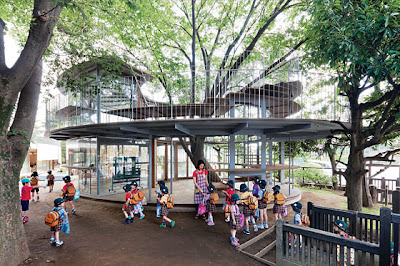 “The Fuji Kindergarten’s Ring Around a Tree classroom [in Tokyo], designed by Yui and Takaharu Tezuka, is a kid’s dream come true: a graceful glass-and-wood ramp that spirals up and around a treasured 50-year-old zelkova tree. Inside are spaces where children both play and learn. At the top, they’re basically in the tree canopy. There is a feeling of always being outside in nature while also being completely protected.”