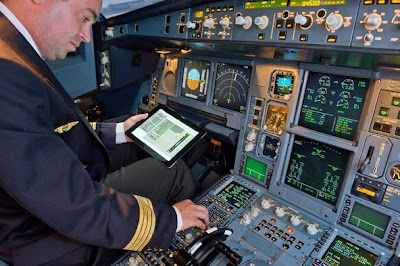 "[F.A.A.] has no proof that electronic devices can harm a plane’s avionics, but it still perpetuates such claims, spreading irrational fear among millions of fliers.

A year ago, when I first asked Les Dorr, a spokesman for the F.A.A., why the rule existed, he said the agency was being cautious because there was no proof that device use was completely safe. He also said it was because passengers needed to pay attention during takeoff.

When I asked why I can read a printed book but not a digital one, the agency changed its reasoning. I was told by another F.A.A. representative that it was because an iPad or Kindle could put out enough electromagnetic emissions to disrupt the flight. Yet a few weeks later, the F.A.A. proudly announced that pilots could now use iPads in the cockpit instead of paper flight manuals.

The F.A.A. then told me that “two iPads are very different than 200.” But experts at EMT Labs, an independent testing facility in Mountain View, Calif., say there is no difference in radio output between two iPads and 200. “Electromagnetic energy doesn’t add up like that,” said Kevin Bothmann, the EMT Labs testing manager."
Posted by Eric at 5:15 PM