The Writing and Education of Quentin Tarantino 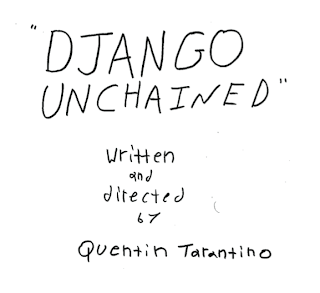 Q. I’m told that your scripts are really written. They’re more like novels than screenplays.

Q. Since you’re the director, you don’t need to spell all this stuff out for yourself, do you?

A. I have a writer’s journey going on and a filmmaker’s journey going on, and obviously they’re symbiotic, but they also are separate. When I write my scripts it’s not really about the movie per se, it is about the page. It’s supposed to be literature. I write stuff that’s never going to make it in the movie and stuff that I know wouldn’t even be right for the movie, but I’ll put it in the screenplay. We’ll decide later do we shoot it, do we not shoot it, whatever, but it’s important for the written work.

Q. To go back to this education that you gave yourself, if I’m not mistaken you’re not a high-school dropout, you’re a middle-school dropout.

Q. Obviously it worked in many ways, but do you ever regret it? Do you ever think maybe I should have gone to college? Or would that have ruined you?

Admittedly there’s some braggadocious bragging rights about doing what I did, but I actually think it would have been a fun experience to have gone to college. In a weird way my working at the video store, a minimum-wage job with a bunch of other people working a minimum wage job, all of us around the same age, hanging out together — that’s kind of what you get when you go to college, along with the education.
Posted by Eric at 11:36 AM