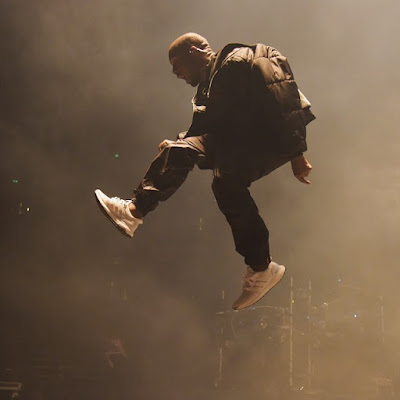 "On March 14, Adidas released its 2017 annual report showing that North American revenue grew 27 percent. That’s compared with 3 percent growth for Nike in 2017, and Adidas’s 2013 increase of just 2 percent. Experts said the company’s sudden growth spurt is a story of technology, celebrity and a healthy dose of luck."

"One major contributor to the change came in 2013, when Adidas introduce its Boost midsole technology. Designed in conjunction with the German chemical company BASF, Boost is essentially a squishy foam cushioning that is layered into the shoe to help increase comfort and energy transfer. Boost has since been integrated across Adidas products, from lifestyle to running shoes. John Horan, founder of the Sporting Goods Intelligence analysis firm, calls the technology “comfortable as hell.” But, at first, sales were sluggish.

“Boost checks the boxes from an innovation standpoint,” Gaudio said. “You just need to let [consumers] know it’s out there and why they should care.” To do that, Adidas took out its checkbook and went looking for talent."

"On the basketball court, Adidas’s massive $185 million deal with then-Chicago Bulls point guard Derrick Rose was being hampered by injuries to Rose, but that didn’t stop the company from luring Harden, the Rockets superstar, away from Nike in 2015, for $200 million. This season, he’s the front-runner for league MVP."

"... and West, whose 2016 deal could end up being worth more than $1 billion. “I think it was one of the wisest investments in the sneaker world,” Wu said of a West-Adidas relationship that is already paying off. “You can think of Kanye as being somewhat of a Michael Jordan for Adidas.”

West’s first Jordan moment came in 2015. On May 9, he took the stage at the Wango Tango concert wearing all-white Energy Boost sneakers. Before the performance, the shoes weren’t doing particularly well. After the performance — as photos of West in the kicks circulated on the Internet — the product completely sold out. A week later, he did the same thing with the Ultra Boost shoe.

While Adidas’ Kanye era has brought once-unimaginable success for the company, it also highlights the industry’s fickleness. “Absolutely, they had a business plan and marketing strategy. [But it] was a lot of luck as well,” Yu-Ming said. Referring to the success of Kanye’s concerts, he added, “You can’t have a marketing plan for that.”"

"Wu said Nike has been on the upswing recently and has “more money than God” at its disposal. That has allowed them to sign LeBron James to a lifetime deal potentially worth more than $1 billion. About Adidas, Wu said its UltraBoost shoe “is sort of played out” but that the company has amassed a lot of talent, including a few designers who moved over from Nike.

Following up on Boost, Adidas recently released similar bounce technology. And it says it has more drastic technology changes in the works. “We’re not here to finish second,” said Adidas’s head of U.S. sports, Jeff McGillis. He specifically avoided saying Nike, but emphasized that “none of us play to lose.”

While Adidas’s market share has climbed to around 11 percent, it’s still far behind Nike’s roughly 37 percent share. And even King admitted that current growth levels are bound to slow at least somewhat. But the sneaker wars aren’t over — and may just be heating up."
Posted by Eric at 9:26 AM