Exercising in a Pandemic 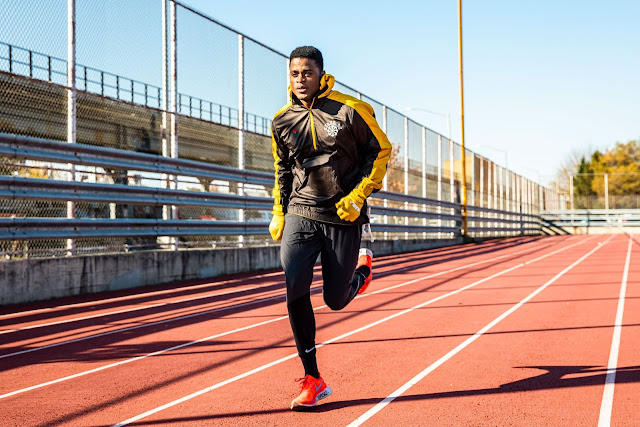 GQ – "The Track Is for Everyone"
By Joe Holder (@OchoSystem)

"Running has become the defining sport of the quarantine era. With gyms closed and team sports on hiatus, it's one of best ways to move our bodies and focus on our mental and physical health—which we all need right now. Which is not to say it's not a strange time to run: races are cancelled for the foreseeable future, you can't meet up for a workout with your friends or teammates, and practicing social distancing makes a lot of routes frustrating or impossible. But at least we can run.

That's something I'm grateful for, because running has become a huge part of my life. In high school and college I ran track and played football—I never thought distance running was for me. As recently as four years ago, I said I'd never run a marathon. Now I'm dead set on running my fourth. It all started when I took ten weeks to train a client of mine, Eugene Tong, from scratch to chugging through 26.2 miles for a respectable finish at the New York City Marathon. Running with him during training and seeing his progress lit a fire in me—I signed up for next year’s L.A. Marathon the next day. I struggled through that course’s endless hills and found God at mile 18. That same year, I surged through the streets of New York, feeding off the energy of my current home. Then last year I met my goal of breaking three hours with the oh so flat course of Chicago. It’s been a wonderful experience. Everyone knows that running a marathon is about endurance, and it is, but to do it well you need more than that. My secret was picking up the pace on some runs and turning up the intensity on at the track.

In this weird time, the track is one of the best places to get a workout in right now. It's a bit counterintuitive, since it's a gathering place, but unlike parks or sidewalks, there aren't any dog walkers or rollerbladers to weave six feet away from. And a standard track is more than 30 feet wide, meaning there's plenty of room to give each other enough space. " 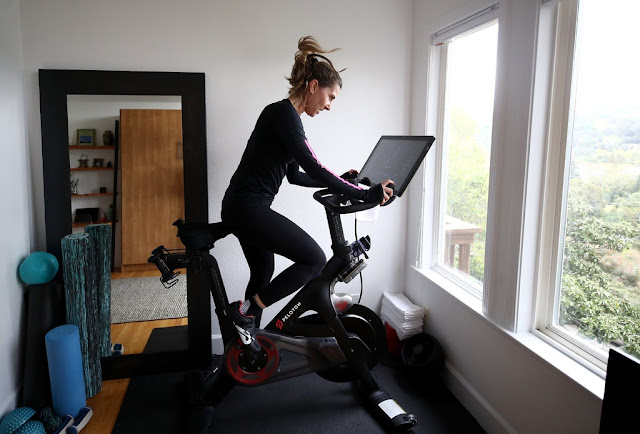 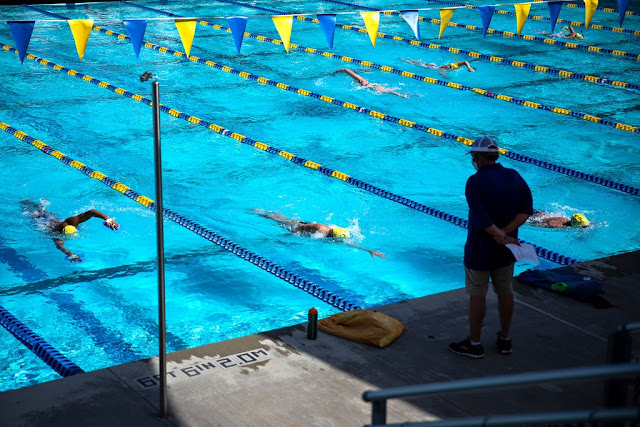 New York Times – "Sports Are Restarting in a ‘New Normal’"

"In Mission Viejo, Schubert got half of his 36-member elite group to return to the pool, using social-distancing guidelines provided by U.S.A. Swimming and approved by the city’s mayor, Brian Goodell, a Schubert protégé who won two Olympic gold medals in 1976.

Most nearby teams haven’t received similar backing from their local government agencies, a disparity that illustrates the complexities and inconsistencies for sports and many other industries. Terry Stoddard, the general chair for Southern California Swimming, noted that his organization has 160 member teams and said: “I wake up every day and try to figure out how to get the other 159 teams in the pool.”

For Mission Viejo’s Katie Crom, 16, the seven-week layoff was her longest since she began competing in 6-and-under age-group races. Crom, one of the country’s best butterfly specialists, said she was glad to be back swimming, and not just for the exercise.

“It is really great to see my friends again, even at a distance,” Crom said in a text message. “That is something we certainly took for granted.”

Crom and her teammates arrive wearing their suits, since the locker rooms remain closed, and enter the pool deck from the parking lot one at a time. They don’t stray from the middle of the lanes as they complete 75-minute workouts that are written on paper and affixed to the end of each 25-yard lane set up across the width of the 50-meter competition pool. Schubert wears a surgical mask and stands far enough away, Crom said, “We can barely hear him.” If the swimmers have to use the bathroom, they must trek up a hill to the single toilets at the swim school, and they are required to sanitize the toilet afterward.

“Nobody has asked to go to the bathroom,” Schubert said on Monday. “I think because nobody wants to clean the toilets.”

Or perhaps, as Crom suggested, after being kept out of the pool for so long, nobody wants to miss a single minute in the water. “Before the quarantine we took everything for granted,” Crom said, adding, “Swimming in a pool and lake was always available, since I was a child. I never thought that water would be restricted.” " 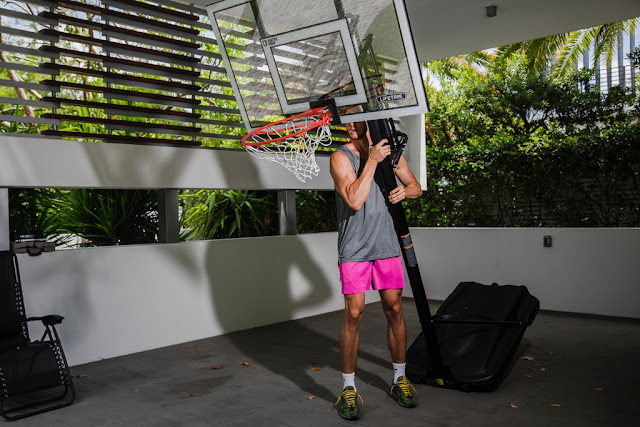 "Numerous N.B.A. stars — including Milwaukee’s Giannis Antetokounmpo, Oklahoma City’s Chris Paul, Portland’s C.J. McCollum and, until recently, Boston’s Jayson Tatum — have said that they have gone weeks without shooting during what would normally be playoff time.

“Whoever thought times would get like this where you can’t even have access to a basket or a gym?” Butler said. “Nobody thought it would come to this. But it has.”

Meyers Leonard, one of Butler’s Miami teammates, said: “I can’t remember a time in my life, since probably the third grade, that I had gone this long without shooting a basketball. It’s been a weird feeling to not shoot, practice and compete. So it felt amazing to get a ball back in my hands and shooting.”

The Washington Wizards and the Dallas Mavericks said only two of their 17 players initially had access to a basket. Only two of the 16 Denver Nuggets players had a functional rim nearby.

There is a popular perception that N.B.A. stars have gyms and courts at home. Most pros do not regard shooting at an outdoor basket as suitable preparation for shooting at a regulation rim, but the misperception most likely stems from pop culture, especially the famed October 2003 episode of MTV’s “Cribs” in which Shaquille O’Neal opened the doors to his Orlando-area manse and revealed his own full-size court.

The situation could not be more different in the Bay Area, a more congested region where only three of 14 players on the Golden State Warriors reported that they had been able to maintain some semblance of a shooting routine. Many of the Warriors’ younger players have been hampered by that space crunch, but Klay Thompson, one of the most feared 3-point marksmen on the planet, does not have a hoop to shoot on. Stephen Curry, Thompson’s “Splash Brother,” recently told The Wall Street Journal that he did not have a basket at home until his wife, Ayesha, ordered him one.

Jamal Crawford, the noted gym rat and 19-year N.B.A. veteran who had hoped, at age 40, to sign with a team this season, has been in Seattle trying to stay ready for a comeback.

“Luckily we had a hoop outside,” Crawford said. “It’s funny because we only had the hoop so my son could lower it and dunk on it. Ever since we’ve been quarantined, this hoop has been everything for us.”

Of his sessions with 9-year-old J.J., Crawford said, “Shooting outside isn’t to the level of shooting inside, but it gives some kind of peace of mind just to shoot at all.”"
Posted by Eric at 1:40 PM