Legend of the Wild West 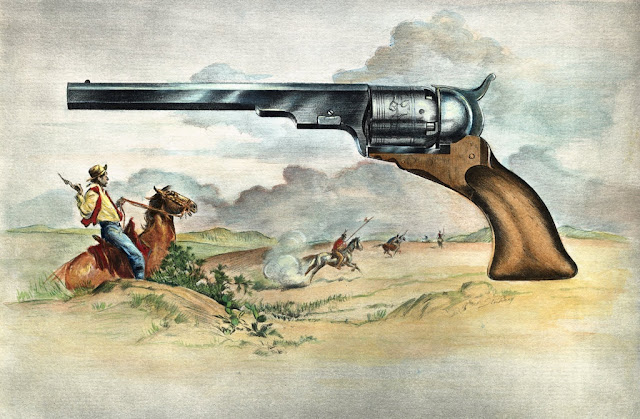 New York Times – "Guns, Gunfights and the Legends of the Wild West"

"The revolver is as iconic for Americans as the samurai sword is for the Japanese or the longbow for the English and Welsh. The difference is that we know who invented it. The fact of its invention matters almost as much to our self-image as the gun itself. We remember its creator, Samuel Colt, as the definitive Connecticut Yankee, ingenious and acquisitive. But his missteps are as fascinating as his accomplishments…

It’s startling to realize that Colt was born in 1814, just before British troops carrying flintlock muskets burned the White House. America was a nation of farmers, artisans, merchants and the enslaved; it still was when he died in 1862. But he helped to create an industrial, technological future by multiplying the productivity of personal violence.

The rise of the Colt revolver’s multishot technology coincided with the disintegration of political order, as the United States descended into the Civil War. But the weapon achieved its greatest fame in the postwar West. There, enhanced individual lethality met minimal legal and social constraints, or so myth would have it. As with Colt, the truth is not the opposite of legend, but more complicated and interesting."
Posted by Eric at 2:03 PM