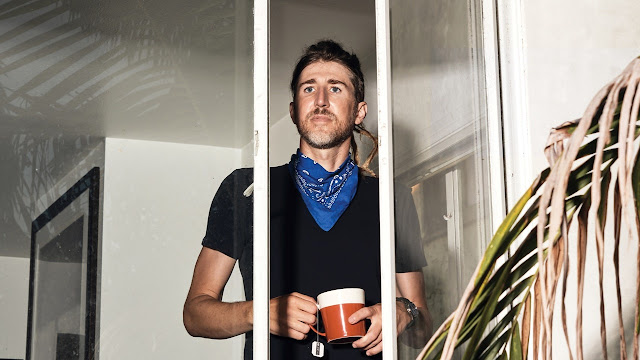 New Yorker – "Taking Back Our Privacy - Moxie Marlinspike, the founder of the end-to-end encrypted messaging service Signal, is “trying to bring normality to the Internet.”
By Anna Wiener "
"Regulation remains a threat to Signal, although, Marlinspike said, “you can never get rid of cryptography. Sets of equations are everywhere. There’s no way for everyone in the world to unsee that, or to unknow it.” He seemed unfazed by the prospect that, if end-to-end encrypted communication does catch on more widely, Signal might someday become obsolete. “If we’ve pushed the envelope as far as we can go and the things we develop become as ubiquitous as possible, we could all focus on other things,” he said. As we walked around Venice, I tried to ask him about what those other things might be. His answers were a little vague. He is not interested in retiring, or relaxing; he still fears routine. “I’ve always been much better at doing than being,” he told me later. Referring to Fitzgerald’s “This Side of Paradise,” he explained that he has always seen himself more as a “personage” than as a “personality.” He mentioned, casually, that he is curious about life-extension research, because he believes the world would look different if people had more time to explore their interests, learn new skills, build expertise, and experiment. “I dread the minute hand hitting the top of the dial every hour,” he said. “I feel like I have less time than I used to. When you’re really young, no doors have really closed.”
Whenever I asked Marlinspike what he had been up to, the answer was the same: “Work, work, work.” Wang, describing Marlinspike’s “masochistic anarchist workaholism,” told me, “I think the anarchy world rewards self-motivation, initiative, and experimentation. You oddly acquire a lot of skills that are useful, whether it’s graphic design or programming. There’s a strong work ethic, and a weird kind of anti-capitalist entrepreneurialism.” Reinhard said, of Marlinspike, “He is an incredibly efficient time manager, and he approaches his leisure in exactly the same way. Almost all of his adventures require, like, six months of planning—and he has the patience for it.”"
Posted by Eric at 9:30 AM