Hang This in the National Portrait Gallery 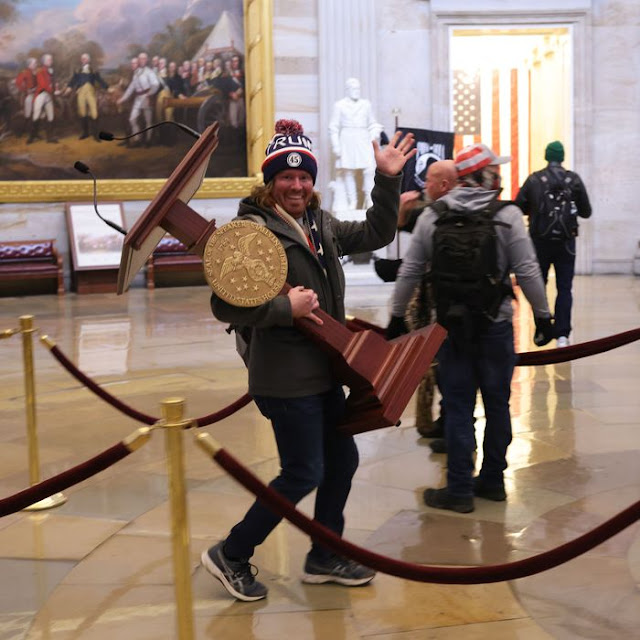 Vulture – "Print, Frame, and Hang This Image in the National Portrait Gallery"

"As it turns out, that face has a name: Adam Christian Johnson. Records indicate he was arrested for a nonviolent drug offense when he was a teenager, just like I was, and got locked up again a year later for violating his probation. But things seem to have worked out well for him. He lives in a six-bedroom house on a golf course in southwest Florida with his wife, a family physician. According to the Bradenton Herald, he studied psychology at the University of South Florida and now makes and sells furniture, which may explain why he was so excited about his find. Over 300,000 Americans are dead from the coronavirus, unemployment is soaring, and this guy looks like he just secured a bag on Antiques Roadshow.

As someone who has survived violence, I’m not happy that five people died at the riot. But I can’t deny that this picture of Mr. Johnson gives me life. It reminds me of another classic American image — a white man dressed in blackface, flanked by velvet curtains with fancy gold trim. Do a Google image search for “the original Jim Crow,” and you’ll see it. Note the bugged-out eyes, the mindless grin, the hand held out in a cheerful wave. For years, white people portrayed us as happy, vulgar fools undeserving of the rights and dignity America supposedly represented to the world. Now the greasepaint has been wiped away, and white people are seeing that they are what they’ve always made us out to be. Some are embarrassed. Some are scared. It’s our turn to be entertained." 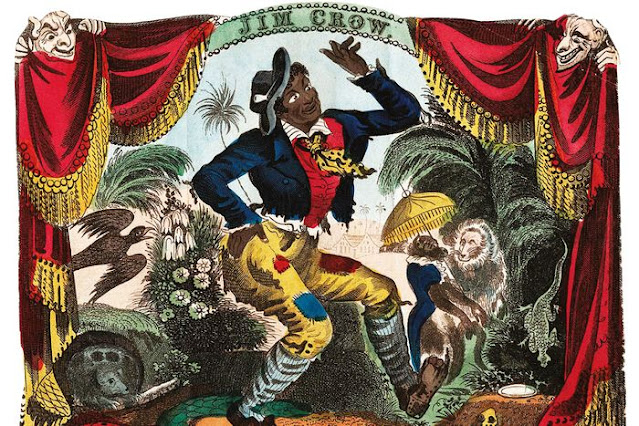