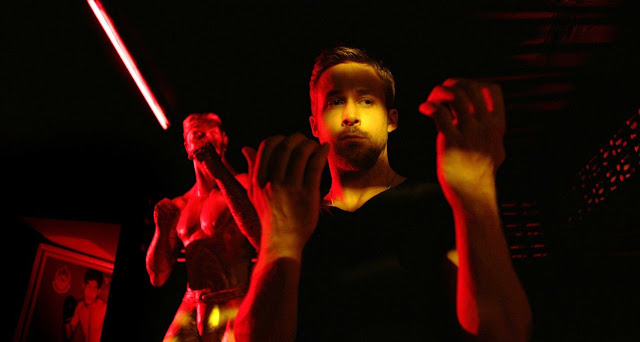 Opening the film in bright reds and deep blacks, Refn is making noir in color, replacing the single-source black-and-white of American classics with an equally eye-catching study in contrasts. Few neo-noirs have made such a strong visual impression, because they don’t limit their visual palette as much as Refn does here – every frame is carved with precise color and light, like the fussed-over panels of a graphic novel. Combined with the humming synths of Cliff Martinez – who had composed the score for Drive, too, as well as many Steven Soderbergh movies – the film accomplishes more through mood than action, capturing the dilemma of an antihero who exists in a paralyzing state of moral limbo."
Posted by Eric at 8:30 PM