The Metaverse and What are Video Games 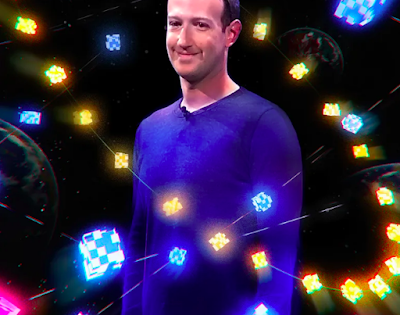 The Verge – "Mark in the Metaverse"

"This is a big topic. The metaverse is a vision that spans many companies — the whole industry. You can think about it as the successor to the mobile internet. And it’s certainly not something that any one company is going to build, but I think a big part of our next chapter is going to hopefully be contributing to building that, in partnership with a lot of other companies and creators and developers. But you can think about the metaverse as an embodied internet, where instead of just viewing content — you are in it. And you feel present with other people as if you were in other places, having different experiences that you couldn’t necessarily do on a 2D app or webpage, like dancing, for example, or different types of fitness.

I think a lot of people, when they think about the metaverse, they think about just virtual reality — which I think is going to be an important part of that. And that’s clearly a part that we’re very invested in, because it’s the technology that delivers the clearest form of presence. But the metaverse isn’t just virtual reality. It’s going to be accessible across all of our different computing platforms; VR and AR, but also PC, and also mobile devices and game consoles. Speaking of which, a lot of people also think about the metaverse as primarily something that’s about gaming. And I think entertainment is clearly going to be a big part of it, but I don’t think that this is just gaming. I think that this is a persistent, synchronous environment where we can be together, which I think is probably going to resemble some kind of a hybrid between the social platforms that we see today, but an environment where you’re embodied in it.

So that can be 3D — it doesn’t have to be. You might be able to jump into an experience, like a 3D concert or something, from your phone, so you can get elements that are 2D or elements that are 3D. I’d love to go through a bunch of the use cases in more detail, but overall, I think that this is going to be a really big part of the next chapter for the technology industry, and it’s something that we’re very excited about.

It just touches a lot of the biggest themes that we’re working on. Think about things like community and creators as one, or digital commerce as a second, or building out the next set of computing platforms, like virtual and augmented reality, to give people that sense of presence. I think all of these different initiatives that we have at Facebook today will basically ladder up together to contribute to helping to build this metaverse vision.

And my hope, if we do this well, I think over the next five years or so, in this next chapter of our company, I think we will effectively transition from people seeing us as primarily being a social media company to being a metaverse company. And obviously, all of the work that we’re doing across the apps that people use today contribute directly to this vision in terms of building community and creators. So there’s a lot to jump into here. I’m curious what direction you want to take this in. But this is something that I’m spending a lot of time on, thinking a lot about, we’re working on a ton. And I think it’s just a big part of the next chapter for the work that we’re going to do in the whole industry." 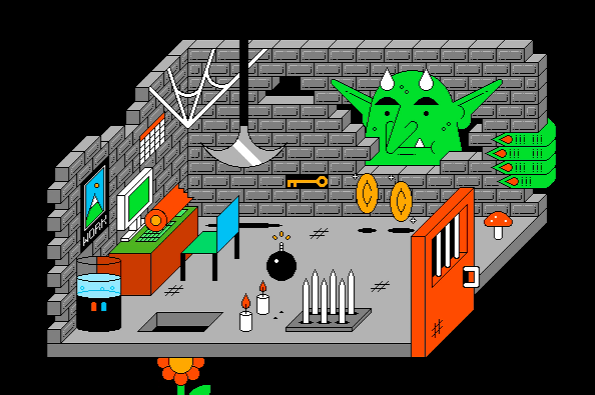 "Everyone is trying to get us to come out — or stay in — and play. Seriously. Peloton, Netflix, Zoom, TikTok, Amazon, Apple and Google are all either experimenting or going much bigger into video games.

The straightforward answer is that globally people already spend a lot of time and money on video games, and established game companies and newcomers alike are eyeing all sorts of interactive digital experiments to grab more of our time and money.

I’m excited for this development, even though my own avid video game playing ended in the era of BrickBreaker for the Blackberry. It feels as if we’re in the middle of reimagining both what a “video game” is and what online idle time can be — more engaging and social, perhaps, and a little less passive doomscrolling. (Or I might be reading too much into this. Yeah, it might just be about money.)

Whatever the motivation, games may soon feel inescapable. New features on Zoom — yup, that Zoom — include poker, trivia and mystery games. Peloton, the maker of $2,500 exercise bicycles, is releasing a game that allows people’s pedal power to command a rolling virtual wheel. Netflix this week confirmed that it planned to add video games to its online entertainment service. Facebook, TikTok, Amazon, Apple and Google to varying degrees are pitching us video games or selling game subscriptions. (The New York Times is going bigger into digital games and puzzles, too.)"
Posted by Eric at 11:47 AM