The Origin of Sports Broadcasting 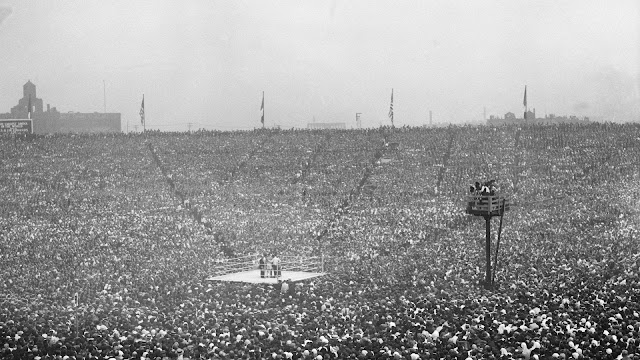 Why it matters: This was not only boxing's first million-dollar match — it was also the first sporting event broadcast via radio, reaching 200,000 listeners across 125,000 square miles.

The backdrop: Radios were rare in the early 1900s, and during WWI the government rescinded civilian licenses. But post-war, amateur interest was piqued.


How it worked: The stadium didn't have structures high enough to attach the antenna, so an RCA employee transmitted remotely from a nearby train station, which had recently erected a clock tower.


What came next: KDKA broadcast the first baseball game a month later — an 8-5 Pirates win over the Phillies.