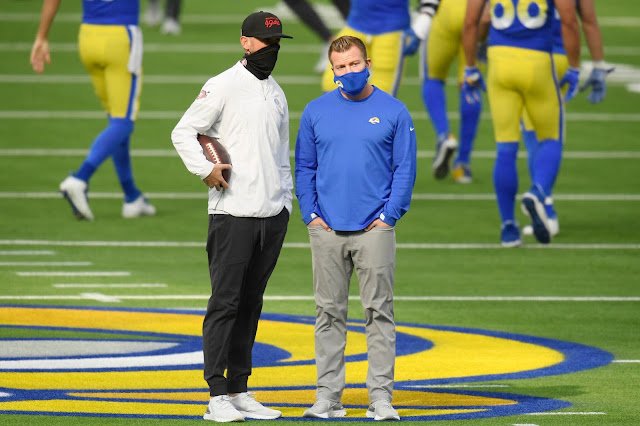 New York Times - "What We Learned in the Divisional Round of the N.F.L. Playoffs"

The leaders of three of the four teams in the N.F.C. divisional round came from the Mike Shanahan coaching tree, and two, Kyle Shanahan and Sean McVay, will face off in the N.F.C. championship game.

Since McVay became the Rams’ head coach in 2017, Los Angeles and San Francisco have won the N.F.C. West in four out of the five seasons — McVay holding a 3-1 edge. Including the Packers’ Matt LaFleur, the three coaches have seven division titles, and the last four N.F.C. title games have featured at least one of the them. This coaching tree is guaranteed a spot in the upcoming Super Bowl, and with the Bengals’ Zac Taylor in the opposite bracket, there’s a chance of an all-Shanahan system game.

Each of these head coaches were molded in the same scheme and terminology, but they all have their own flavor of offense. Kyle Shanahan, the only one raised in this system, is still true to the two-back offense his father implemented on his way to three Super Bowl titles, two as a head coach. McVay was pretty close to the original intent of the offense, but mixed in motion and jet sweeps to add another element of misdirection. With quarterback Matthew Stafford in tow, McVay has fully embraced empty sets and the drop back passing game.

The Shanahan system is like a good smartphone: it can do anything you want it to. Need to quarterback-proof your offense? Jared Goff and McVay showed the way. Looking for a downhill run game? Kyle Shanahan has you covered. For those more interested in the spread, Taylor’s embrace of vertical passes and run-pass options are the guide.

The system provides instant offense everywhere it has gone, and this postseason has confirmed that Shanny-ball will continue to branch out across the league. When the 49ers and Rams face off, expect a great stylistic difference: San Francisco’s run game against the Rams’ air show, both executed at a clinical level. 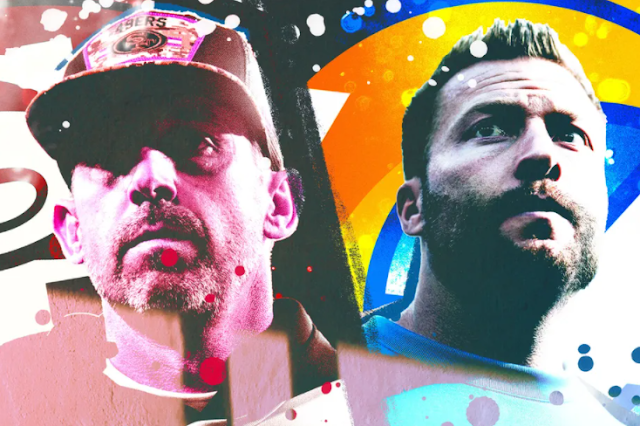 The Ringer - "The Intertwined Evolutions of Kyle Shanahan and Sean McVay"