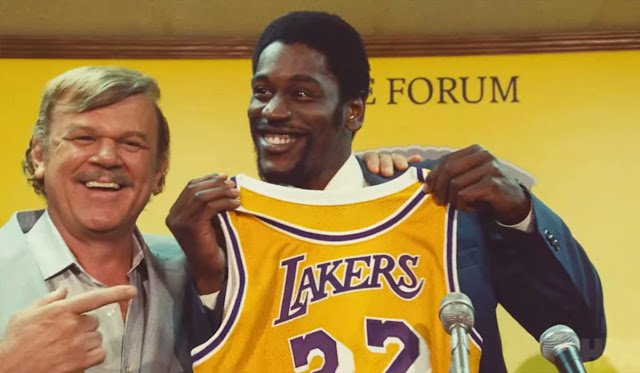 New York Mag - "In Conversation: John C. Reilly The actor thinks audiences just want to be surprised. He’d do (almost) anything to oblige."

You were offered the part of Jerry BussReilly was cast as Buss after Michael Shannon exited the role, reportedly due to creative differences over scenes in which the character talks to the camera. in Winning Time just a week before you shot the pilot.

Buss seems like a difficult role to step into. He was a beloved public figure with a complicated personal life, plus in addition to owning the Lakers, he was a real-estate baron, chemist, aerospace engineer, and poker player. How do you become somebody like that in seven days?

First of all, I was lucky I kind of look like him with the help of hair, makeup, and the right clothes. Once I had all that, I was like, Okay, what did this guy do in his life? He passed away in 2013, and he didn’t write an autobiography, so I just tried to imagine what it felt like to be in his position. I had a lot of help from Jeff Pearlman’s book Showtime: Magic, Kareem, Riley, and the Los Angeles Lakers Dynasty of the 1980sThe series’ source material. HBO changed the TV show’s title from Showtime (the nickname of the 1979–91 Lakers’ flashy play style) to Winning Time to avoid confusion with the competing cable network. and showrunner Max Borenstein, who did so much research. Plus Adam McKay and I had a common sense of humor about men in this era, about the entitlement and craziness of the male ego.

In some ways, I felt similar to Jerry. Like him, I wasn’t born with a silver spoon in my mouth — I come from a working-class family in Chicago — so I knew what it felt like to be an outsider who comes to L.A. seeking their fortune. He also reminded me of my dad, that generation of man that was unapologetically macho, that had seen real hardship. So I was intuiting my dad’s energy. The more layers of the onion I unraveled, the more I was amazed at how much I was already in the zone to play this character.

Actually, I also went to Nashville that week and played a couple shows with my bandThe folk band John Reilly & Friends — the one place where Reilly says SAG doesn’t make him use his middle initial. because I’d already committed to them. I was like, “Well, I can do a costume fitting on Tuesday, but I’m leaving for Nashville on Wednesday.”