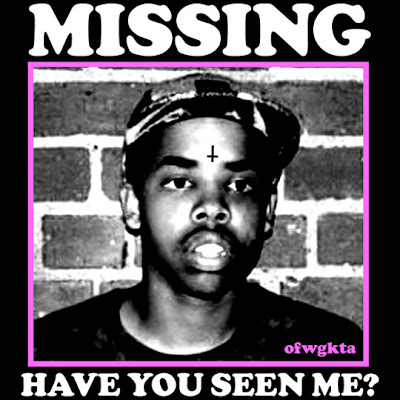 Earl Sweatshirt of OFWGKTA, 17-years-old, may be the most talented up-and-coming rapper in America and is currently not around.
His mixtape, "Earl," can be downloaded for free @ DatPiff.com.

"The crew’s best pure rapper, Earl Sweatshirt, has been absent from public view for the last couple of months. The group won’t discuss his absence, though the most prominent rumor is that his mother, having heard his music, shipped him off to a restrictive boarding school."