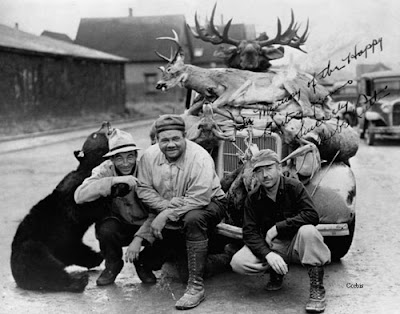 "As for us? We might lose a season because of their obstinance, which means we'll miss out on Year 2 of "Yes We Did!", Boston's last run with Garnett, Pierce and Allen, Duncan's last decent Spurs season, Kobe's trying to stay on top (and doing anything to do so), Durant and Westbrook continuing their Stringer/Avon plot, another year of Blake dunks (counting his missed rookie season, that means we'd have gone 1-for-3 during this jumping-out-of-the-building apex), contract seasons from Howard/Paul/Williams, our last David Kahn season before he gets fired and becomes my BS Report co-host, our first full Carmelo/Amar'e season, a year of Jimmer, Tyreke, Salmons and DeMarcus impersonating a giant black hole in Sacramento, Dirk's defending his Mavs title, a year of Love/Rubio outlets and Wall/Vesely alley-oops, the remote possibility of LeBrondown III … I mean, have you really thought about what's at stake here?"

WSJ - "David Foster Wallace on Life and Work"
Esquire - "The Fan Who Fell to Earth"
SPIN - "EXCLUSIVE: In the Studio With Bon Iver"
GQ - "Anatomy of a Listening Event: Jay-Z and Kanye West's Watch the Throne"
SlashFilm - "WTF: ‘Zookeeper’ Advertising Inserted Into ‘How I Met Your Mother’ Reruns?"
Kindle eBook - "The Hunt for bin Laden"
TWBE - "Making It"
Posted by Eric at 9:37 AM