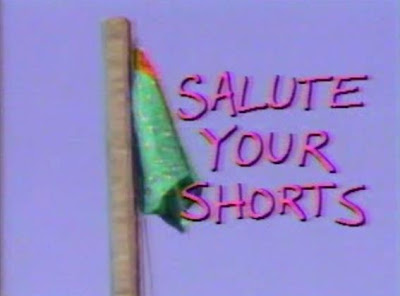 Starting this coming Monday cable network TeenNick will be replaying some of Nickelodeon's most successful shows from the 1990's.
According to the New York Times, "The channel says it is responding to the demands of former viewers who joined Facebook groups about the shows — and to the suggestions of some of its interns, who pulled together a presentation last summer to pitch the programming block."
New York Times - "TeenNick's '90's Nostalgia Fest"
Pretty awesome. The "90's Are All That" original episodes will begin air nightly midnight to 4 a.m.
Classics: Aaahh!!! Real Monsters, The Adventures of Pete & Pete, All That, Are You Afraid of the Dark?, Clarissa Explains it All, Double Dare, Doug, Hey Arnold!, Hey Dude, Kenan & Kel, Legends of the Hidden Temple, GUTS, Rocko’s Modern Life, Roundhouse, Rugrats and Salute Your Shorts.
Posted by Eric at 11:17 PM