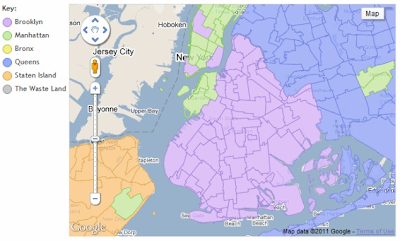 Fourcraft requires players to log in to the game site and swear their allegiance to a specific NY borough. From there, they check into Foursquare to conquer various neighborhoods."